2023: Remi Tinubu Assures on ‘Full’ Education for All Girl-children, if APC Wins 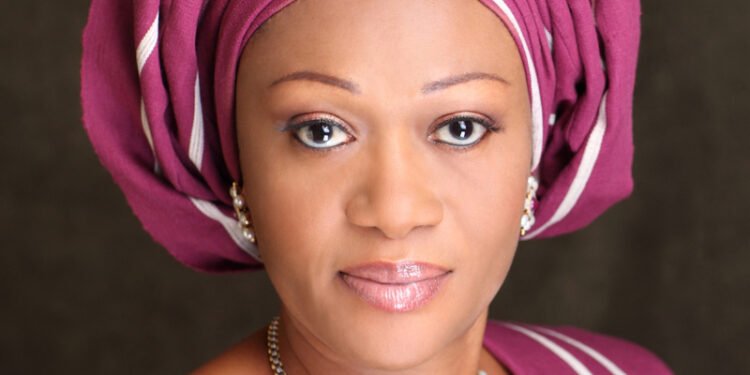 By Sam Kayode
Wife of the Presidential candidate of the All Progressive Congress (APC), Senator Oluremi Tinubu, has assured that no girl child would be deprived of education if her husband, Asiwaju Bola Tinubu, wins the forthcoming presidential election.
She told a mammoth crowd in Maiduguri during a rally on Saturday that no girl-child would be left at home  helpless in the North-east of the country without a right to education.
Tinubu hinted that the entire population of young people in the North-east and indeed Nigeria would be propelled to go to school to acquire education.
Tinubu commended the young people and women who came in their thousands from North-east states of Taraba, Adamawa, Gombe, Bauchi, Yobe and Borno noting that her husband will embark on massive empowerment of young people if he wins the presidential election.
Also speaking at the rally, wife of the Vice Presidential candidate of the party Nana Shettima called on the women of North Eastern Nigeria to rally around both candidates to win the fourth coming general elections.
She added that a lot of benefits await the people of Borno and the entire region if the APC wins the presidential elections in the next dispensation.
Visit to the Government House Maiduguri
Earlier during a visit to Governor Babagana Zulum, Remi Tinubu said that the entire women of North east Nigeria were in Maiduguri to flag off the election campaign for the APC women wing.
Remi who noted that this was her second visit in the city called on the people to treat each other as brothers and sisters during campaigns assuring that the young people will surely be repositioned if the party returns to power because there is a lot of work to do.
Responding Governor Babagana Zulum said that the APC can rely on Borno because it is still a reliable home of peace.
Zulum, who’s chair, North-east Governors Forum, said he has no alternative than to deliver the state stressing that he will not let Tinubu down in the delivery of up to 95 percent.
The Governor maintained that he knows he has to work assiduously to “turn around the state  for APC, Tinubu and Shettima and assured that the wife of the Presidential candidate Remi will enjoy working with Nana as the wife of the Vice President because she is a dependable ally.
“Kashim is humane, gentle and straight forward like-wise his wife. Together in the Nigerian progressive Governors forum, we will bring APC back to power.
” When you win the election, I want better support to women in Borno and the entire North East States. Gender development is very important because women in this part of the country are really backward.” Said Zulum .”
Tags: APC 2023Bola Ahmed TinubuNana ShettimaRemi Tinubu

Why Tinubu will Win Presidential Poll, By APC Chieftain