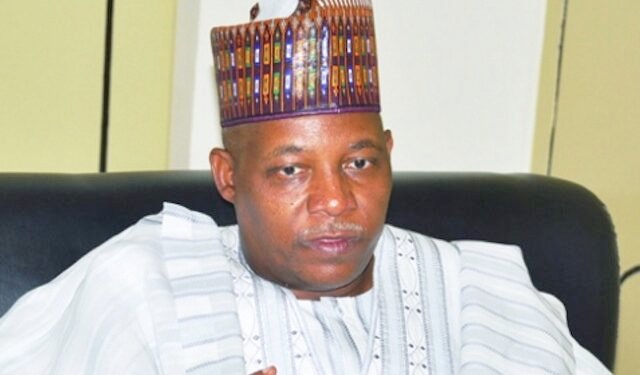 Shettima, in a statement titled “My Channels TV interview Taken Out of Context” posted on his Facebook page on Sunday, blamed the tough political season for his unsavoury remarks against the top government officials.

He said: “When I appeared on Channels TV last Thursday amidst the tension rippling through our political arena, it was to underline the promise Bola Tinubu’s presidential bid held for those yet to establish the certainty of the hurdle ahead of the All Progressives Congress (APC).

“I never set out to denigrate the personality of any aspirant, and definitely not that of my dear friends and allies. None of them is an opponent, so their aspiration isn’t a threat to us.

“They appear so in the sprint to become the party’s presidential flag-bearer in the 2023 elections, but they are our allies in the marathon. My assessments of Vice President Yemi Osinbajo and Senate President Ahmad Lawan were well-intentioned.

“I never set out to subject them to ridicule but, instead, to stir up interest in the contrasting virtues of the cast of aspirants putting up a fight against my preferred aspirant, one most favoured and advantaged to guarantee APC’s victory in the forthcoming presidential election,” Shettima said.

He noted that the interpretations of his remarks on Osinbajo and the Senate President were overblown.

“The interpretations of my remarks on Yemi Osinbajo and Senator Lawan are, thus, being done literally and overblown.

“My words weren’t woven to portray them as unworthy aspirants but merely to qualify them as non-threatening contenders. I, however, take full responsibility for my utterances and wish to appeal to our teeming supporters to neither take my words out of their metaphoric contexts nor interpret them as a measure and declaration of hostility towards my dear friends and allies.

“I hereby tender my unreserved apologies to the Vice President and the President of the Senate for the unintended pains my jibes might have caused them and their families and supporters.”

Shettima urged APC members and supporters across all political camps to build bridges and mend fences, noting that the actual journey is about to begin.

Shettima had earlier declared that although Osinbajo was a nice person, such an attitude will not make him a good President.

Shettima, who is campaigning for Bola Tinubu, another APC presidential aspirant, had said, “Osinbajo is a good man; he’s a nice man. But nice men do not make good leaders because nice men tend to be nasty. Nice men should be selling popcorn, ice cream.”

2023: Why Osinbajo was Left out of Tinubu’s Campaign Council – Keyamo

2023: Being Trustworthy, My Most Important Asset, Obi Tells Voters