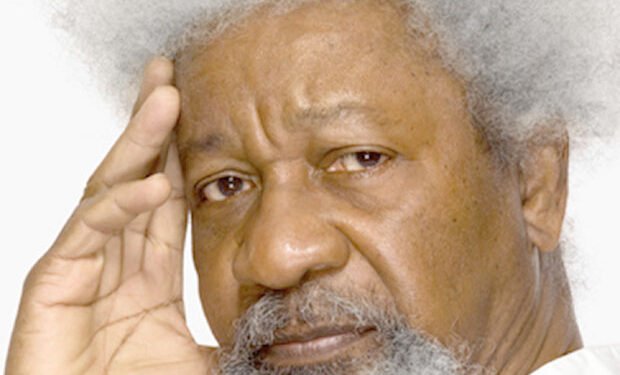 Stakeholders in the politics of the North-east geo-political zone on Thursday reacted to the spate of criticisms and outright falsehood against the National Secretary of the All Progressives Congress (APC), Senator Iyiola Omisore, saying it was in bad faith.

The leaders described Omisore as a man of profound moral rectitude.

The leaders in a statement in Damaturu, capital of Yobe State, said influential Yoruba leaders should rise in condemnation of the uncomplimentary remarks on Omisore, crude propaganda and the obviously desperate moves to please his paymaster-a former South South Governor and a major donor to the Nobel laureate’s ignoble organisation that twisted the minds of many young Nigerians most of whom are now adults regretting toeing the path of Prof Soyinka in their teenage years.

‘’The current posturing of Prof. Wole Soyinka is totally in bad taste and drips with malice .He is attacking Omisore on account of the inability of his benefactor to hijack the national leadership of the party, which he fears will deny the former South-South governor the opportunity to become the presidential candidate of the party without any positive track record of performance in governance.

The statement by the chairman of North-East Unity and Advancement Forum (NEUAF), Alhaji Ibrahim Musa, commended the APC National Secretary for his invaluable contributions to Nigeria’s development and the challenging task of nation-building.

‘’Senator Omisore is a patriot, a thinker and a fighter for good causes’’

The statement cited Omisore for honesty, industry and patriotism.

The group also praised President Muhammadu Buhari and the esteemed members of the ruling party for electing Omisore the party’s National Secretary.

The statement emphasized Omisore’s rich and inspiring profile, meritorious services to the nation and humanity, peaceful disposition and gentility.

The leaders accused Soyinka of dabbling into politics, threatening thunder against Omisore, whilst encouraging mediocrity and protecting a former South-South governor for supporting him in the last ten years.

‘’We know the tactics of Wole Soyinka. He likes to grandstand as an independent man. Many believe he is speaking for the people, campaigning for good governance and quality leadership while the reverse is the case.There are many questions begging for answers in Soyinka’s relationship with the ex-South-South governor for anyone to take him seriously’’

They argued that Soyinka’s recent remark on Omisore was borne out of selfishness but warns that Nigeria is not for sale.

‘’The energy and vigour with which Soyinka undertook a fierce political crusade against the APC National Secretary left no one in doubt that his target was to divide the ruling party, draw Omisore into a controversy and then distract him’’

The leaders urged Soyinka to stop chasing shadows that would definitely not help the cause of a current minister and former governor in the South-South geo-political zone.

Wole Soyinka recently lashed out at Omisore on account of the choice of the ruling party to elect the former Osun State deputy governor its National Secretary.