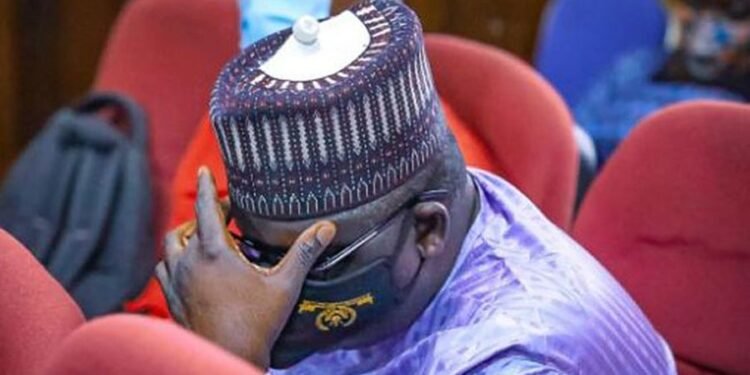 Justice Okon Abang, in his judgment, held that the Economic and Financial Crimes Commission (EFCC) had proven the essential ingredients of all the 12 counts preferred against Maina beyond reasonable doubt in the money laundering suit.

Justice Abang said Maina, who was the chairman of the pension team at the time pension money was stolen, was found guilty in all the counts and was accordingly convicted.

“In my view, it is pensioners’ funds the 1st defendant (Maina) stole, and some of the pensioners died out of frustration,” he said.

He said the anti-corruption agency had been able to establish that Maina opened two anonymous accounts in United Bank of Africa (UBA) and five accounts in Fidelity Bank Plc to perpetrate his unlawful act.

Abang noted that the EFCC witness who testified in the course of the case pointed out that Maina, whose salary as a civil servant was N256, 000, couldn’t have had such money running into billions in his accounts even if he saved all his salaries in his 35 years in service, stating “that the money formed part of unlawful activities to which the 1st defendant reasonably ought to have known.”

READ ALSO  At Plateau Assembly, It's Hand of Esau, Voice of Jacob! •8 of 24 members impeach speaker

He said the EFCC was able to nail Maina, using his sister-in-law, who is a UBA staff; his blood sister, a civil servant and younger brother, who was a Fidelity Bank staff, among the prosecution witnesses.

The judge said that Maina could not defend himself on the evidence given by the fifth prosecution witness that he (Maina) gave him (witness) about 1.4 million dollars in cash to purchase a property valued at N150 million located at Life Camp, Abuja.

By Judith Ezeudogu   A businessman, Mr Justine Onu, on Thursday, urged a Customary Court in Jikwoyi, Abuja, to dissolve...

Demolition: Court orders El-Rufai to Reinstate 4,600 Traders back to Market

CJN: Buhari Expresses Mixed Feelings as He Swears in Ariwoola