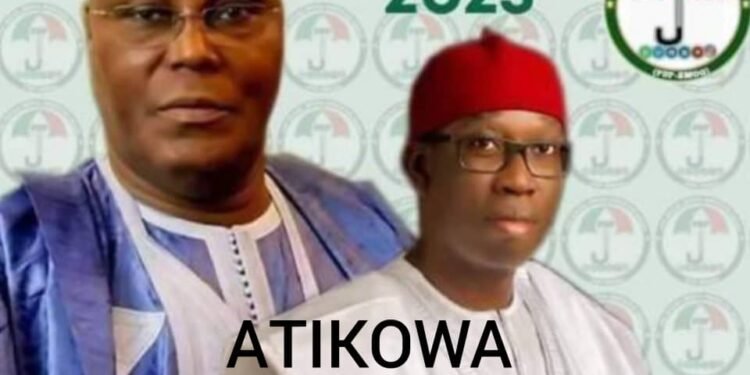 Speaking at a Town Hall meeting with Christian leaders in Owerri, Imo State on Saturday, Okowa said that splitting of opposition votes may indirectly lead to the emergence of same-faith ticket which could lead to the closure of the Chapel at Presidential Villa.

He said that Nigeria was in a delicate situation and urged Christian leaders to continue to pray for the country for a better leader to emerge.

“We are in a very delicate situation in our country and I know that our fathers in the Lord have been praying for all political parties.

“At the moment, we thank God that He has made it possible for us to have a Muslim and a Christian ticket in PDP. We do not want to speak about other parties but we know that the ruling party as at today is presenting to us the same-faith ticket.

“While we are not here to judge what they have done, we believe that the way Nigeria is structured, we must be sensitive to all aspects of our nation.

“We truly need to realise as a nation that there are certain things that bring us together and those things that divide us ought not to be emphasised.

“We believe that at every point in time it is best for Nigeria to run a Muslim-Christian ticket or a Christian-Muslim ticket; any situation that presents a same-faith ticket means that Christians will not have the opportunity to worship their God in Aso Rock,” he said.

Okowa also urged Christian leaders to pray for the unity of the opposition parties not to further divide their votes, adding that the disunity among the opposition could lead to allowing the APC to succeed with the same-faith ticket.

“We must be cautious as we pray as leaders of the church and as we preach to our people. I know you are not directly politicians but you know the ruling party has presented to us what the church itself has condemned as not the wish of how Nigeria should be run.

“But if the opposition remains continually divided in such a manner that they are sharing their votes, we will be indirectly helping the same-faith ticket to emerge in this country.

“I know that it is not the wish of our church leaders to have this happen, especially at this trying times, to present same-faith ticket for the Presidency of this nation.

He described Atiku as a very liberal and accommodating leader, “who is not a religious fanatic and believes in the unity of the country.

“There are so many aspects of Atiku’s life that have shown that he is very tolerant and can work with all manner of Nigerians and I believe that he is the best for us as at today.

“His level of experience in governance as former Vice President, particularly at a very difficult time of the country, is very useful to us as a nation.

“Let us be cautious so that in taking decisions we will not take decisions that will accidentally throw up the same-faith ticket.

“I am very convinced that an Atiku leadership in the presidency will turn things around in Nigeria for the good of Nigerians and then we can make life meaningful not only for ourselves but for our children and for those yet unborn,” Okowa stated.

Responding, leader of the Imo Christian Leaders Forum, Rev. Cosmas Ikechukwu, said that the church would continue to pray for the nation for the right leader to emerge.