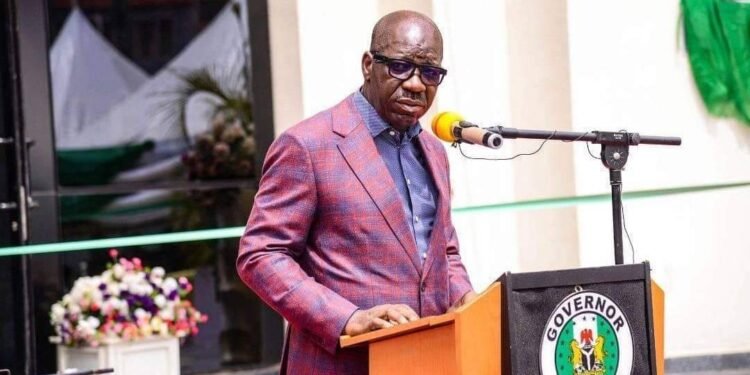 Edo residents and stakeholders have applauded the State Governor, Mr. Godwin Obaseki, for prudently managing the state’s resources and judiciously deploying funds accruing to the state for transformational projects that improve the livelihoods of the people.

The residents who spoke to journalists in Benin City, said the government’s reforms have continued to yield positive gains with the state not listed among top ten most indebted states in Nigeria.

The comments followed the recent report by the Debt Management Office (DMO) which listed Lagos, Ogun, Rivers and Akwa Ibom States respectively as the most indebted states in the country.

According to the DMO’s third quarter 2022 data on the state of Nigeria’s debt stock, other states on the list of top ten most indebted states are Imo, Cross River, Oyo, Plateau and Bayelsa States respectively.

In the report, the DMO said the country’s total domestic debt stocks for all states, as of September 2022, had increased to N5.36 trillion, an increase of 128.44 billion Naira from the previous quarter’s N5.28 trillion.

Speaking on behalf of civil society organisations in the state, the Convener of Esan Agenda, a pro-development group, Akhere Obozele said the technocrat governor has brought the best of probity, accountability and transparency in the fiscal policy management of the state.

“All thanks to the technocrat Governor, today, Edo is no longer on the list of ten most indebted states in Nigeria. He has continued to deploy his astute financial management skills in the administration of the state. The years of borrowing to fund politics and politicians are over in Edo. The governor has pursued a holistic approach to ensure the inflow of investments and boost internally generated revenue.

“Edo State under his watch has signed the Public Financial Management and Fiscal Responsibility Law and has subscribed fully to the Open Governance Partnership Principles, ensuring accountability and transparency in governance. We are confident that all revenues which accrue to the state are efficiently deployed to pursue projects and programmes to raise the standard of living of citizens, create employment opportunities, and boost Edo State’s fiscal position.”

A resident, Imade Asien, said the governor has continued to keep to his promise of efficiently and judiciously utilizing the state’s resources to pursue impactful and life-changing projects, placing the state on the path of sustainable development and growth.

“We must continue to commend our governor for his impressive and pragmatic approach to governance, ensuring the execution of reforms and projects to improve the livelihoods of Edo people and engender economic development. Despite the dwindling revenue from the federal government, the governor has continued to deploy his expertise in resource management to ensure the gains recorded across all sectors of the state’s economy, including education, agriculture, civil service, healthcare, technology and infrastructure, among others.”

Also, James Amadasun, a trader in the Benin metropolis, noted, “The governor is keen on his vision of making Edo State the best sub-national in Africa to live and prosper by 2050 and we reassure you of our unalloyed support towards your government’s goal of repositioning Edo State to become a very vibrant and progressive sub-national government.”

By Ogochukwu Isioma The Edo State Government has urged club owners, event centre managers and other operators of facilities with...