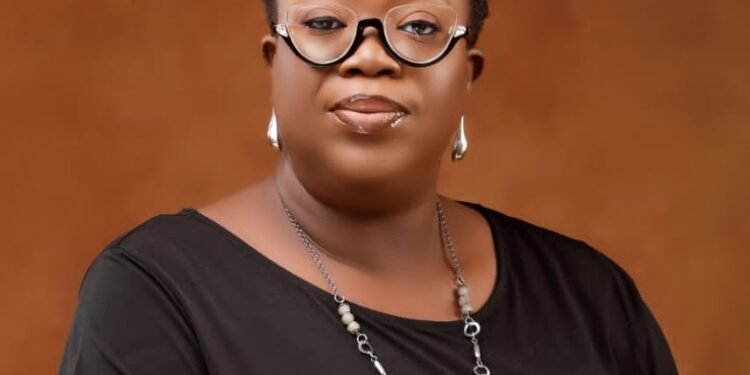 There has been excitement in the academic community and civic space in Nigeria as a lecturer in the Faculty of Law at the University of Lagos (UNILAG) and human rights lawyer, Dr. Abiola Akiyode-Afolabi, bags the Wole Soyinka Centre for Investigative Journalism (WSCIJ) award.

The Executive Director/CEO of WSCIJ, Motunrayo Alaka, conveyed the information to her in a letter dated November 23 2022.

The letter titled, ’17th Wole Soyinka Centre Award Nomination for Honorary Award’, reads, “Dear Dr. Abiola Afolabi Akiyode. It is my pleasure to announce to you on behalf of the Board of Trustees of the Wole Soyinka Centre for investigative Journalism (WSCIJ) of the organisation’s decision to honour you with the 2022 Human Rights Defender Award, at the Seventeenth Wole Soyinka Award for Investigative Reporting presentation ceremony

“This year, the award event will hold as part of the Amplify in-depth Media Conference and Awards which will include the Amplify In-depth Media Conference and annual award. The conference, themed to-depth media and democratic governance, will hold on Thursday 8th and Friday 9th December from 10am to 2:30pm while the award event is scheduled for Friday 9th by 3pm at the NECA House, Hakeem Balogun Street, off Lateef Jakande Road, Agidingbi, Ikeja, Lagos.

“The search committee for the award came up with an overwhelming recommendation of your many efforts to fight abuses of human rights in Nigeria, and in Africa; your consistency in defending human rights in general and the rights if girls and women in particular. The fight for equity in Nigeria has been a swim against the tide in many aspects and this award comes to honour your bravery and acknowledge the huge movement for change that you lead.

As you may recall, the WSCIJ introduced the Anti-Corruption/Human Rights Defender Award in 2009 in collaboration with four human rights organisations in the country, including yours, intending to honour a Nigerian individual or organisation of outstanding ethical dimension whose personality, and professional engagements, deeply incarnates the total ramification of integrity in our nation’s life. We will give the award under the human rights specialty this year.”

In 2019, 2020 and 2021, Amnesty International (Nigeria), Mr. Femi Falana and Mr. Innocent Chukwuma (posthumous) were given the Human Rights specialty of the award.

The award was first hosted in 2005, to reward, annually, rigorous reporting and best practices in the art of investigative reporting in the Nigerian media

. By METROWATCH Reporter   The memory of  Professor Oyewusi Ibidapo-Obe, a former Vice Chancellor of the University of Lagos,...