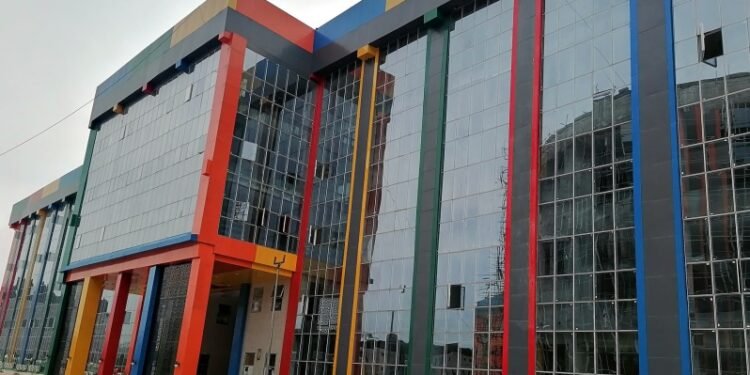 Vice Chancellor of the Institution, Prof. Jesse Uneke, disclosed this at a press conference in Uburu, Ohaozara local government area of the state.

According to the VC, the institution is now to be known and addressed as David Nweze Umahi Federal University of Health Sciences, Uburu.

Uneke said the renaming of the school was part of the taking over agreements between the school and the Federal Government.

He further disclosed that the Federal Government has concluded plans to establish six new universities of health sciences across the six geopolitical zones of the country, adding that King David Nweze Umahi University of Medical sciences Uburu, had been chosen for the South East.

He also announced reduction of tuition fees of the institution from N3millon to N1 million for major courses including Medicine and Surgery, and Pharmacy.

According to him, Nursing Sciences which was N2million will now be N700,000 while Industrial Physics, Chemistry, Biology and Biotechnology which were N1million, have been slashed to N500,000 reach.

“Following the approval of the Executive Governor of Ebonyi State and the recent take over of the David Nweze Umahi University of Medical Sciences by the federal government, the Management of the University hereby announces the reduction in the school fees payable by students of the university.

“What we are looking at is that we want as many people to be able to afford the university and now it has been able to taken over by the federal government, if the federal government takes over our salaries, bring capital project fund, why should we keep the tuition fees so high even though I can tell you that to manage the facilities in this university is not a joke.

“We are trying to make the university affordable. If you look at the fees and you want to be very considerate, you cannot compare it with what is happening in other universities. We have done the MOU. As I am talking to you, the bill establishing the University is already in the National Assembly and we are hoping to conclude that within the next few months.

“Once that is done, you have the university law, the university has taken off. We are getting more support from the federal government to strengthen what is happening,” he said.

By Ogochukwu Isioma The Academic Staff Union of Universities, ASUU, has reacted to the Industrial Court judgement which ordered her...