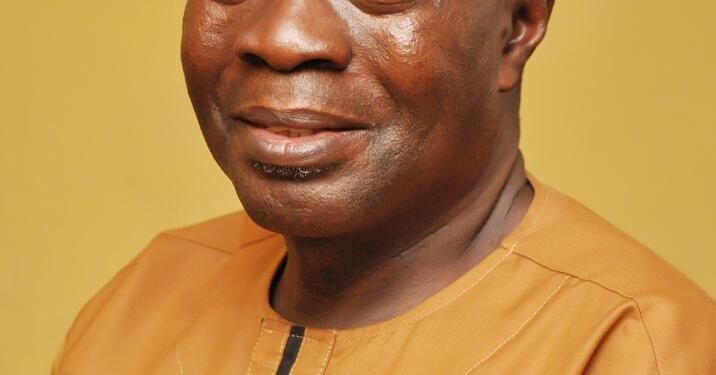 “But ye shall receive power after that the Holy Ghost is come upon you, and ye shall be witnesses unto Me both in Jerusalem and in Judea, and in Samaria and in uttermost parts of the earth’ Acts 1:8.

“Howbeit when he, the Spirit of truth, is come, he will guide you into all truth: for he shall not speak of himself; but whatsoever he shall hear, that shall he speak: and he will show you things to come”. John 16:13.

The place of the Holy Ghost, the third in the Trinity, which we believe, cannot be ignored or treated with careless abandon by any Christian on the Journey. Therefore, as a Christian Journey maker, you must be filled with the Holy Ghost with the capacity to speak and pray in tongues. Believers who still argue on this score , or reject the necessity of present day believers speaking in unknown tongues, that is, as in the Days of the Pentecost, miss out on the power embedded in this experience. Any believer filled with the Holy Ghost has been transformed to a higher level of spiritual existence and operationability. This is because the Holy Ghost is the Counsellor, Intercessor, Advocate and Revealer of secrets, as well as guide, guardian, shield and protector of those who have received Him into their lives. He can really strengthen the believer, uphold the believer and ensure the safety and security of the believer. Those who refuse Him into their lives live weakly without great Christian experience and impact in their journey. They also faint at the place of prayer and lack conviction of their Salvation and faith in Christ Jesus at critical junctures of life. They do little to contend for the faith delivered unto us as of old.

The Holy Ghost is for power for the believer to operate seamless . A clear example is the case of Apostle Peter in Luke 22:54-62, who denied Jesus three times, even before an ordinary maid, but became a different Peter after the experience of Acts 1:8.

In Acts 2: 38-41, Peter preached to a crowd of several thousands with over 3,000 of them being saved. Earlier, the same Peter in Acts 3, had healed the lame man at the Beautiful Gate by the name of Jesus, ‘whom ye delivered up, and denied in the presence of Pilate’. He became bold, courageous and more convincing in his faith and utterances.

The Holy Ghost empowers the believer for signs, miracles and supernatural breakthroughs as we see littered in the book of Acts of the Apostles.

We can’t afford to Journey without such a privilege, — to be clothed with the power to save, to heal, to deliver and to set at liberty those who are oppressed by the devil. Luke 4:18-19.

The Holy Ghost is also there to help the believer to stay fervent, zealous and to live holy, praying ceaselessly.1 Thessalonians 5:17.

The Biblical injunction that we should pray always is only possible for a man who is full of the Holy Ghost. When BELIEVERS understand the nature of the confrontation before them as they journey along, it’s only reasonable to seek the enduement of the Holy Ghost who can help in Prayers by groaning in words not uttered. Romans 8: 16,26. He helps our infirmity making intercessions on the behalf of the Believer.

Besides, the Holy Ghost is needed to direct and guide the believer appropriately. The Holy Ghost gave Joseph dreams and their interpretations that catapulted him to a prince in a strange bland, Egypt. The Holy Ghost directed Isaac not to go down to Egypt, but to dwell in Gerar — among the Philistines at a time of famine, where God prospered him beyond measure that even the Philistines became envious of him. The Holy Ghost didn’t allow him to make the same mistake his father Abraham made when he went into Egypt.

Genesis 26.You need the Holy Ghost for divine revelation and guidance in the Journey. No believer, no matter how spiritually endowed can access God’s inner secrets without the revelation powered by the Holy Spirit – the Revealer of all secrets, according to Prophet Daniel to King Nebuchadnezzar.

Jesus teaches that our heavenly Father can only forgive us our sins and trespasses if we forgive others also.
Paul tells the Roman believers to leave vengeance to God who knows the due punishment and reward for everything and everybody. Whereas it can be very difficult to bear some wickedness suffered in the hands of some people, especially in a world growing in lawlessness and impunity, yet, God who is all- knowing, all-powerful and who judges fairly and justly is capable ENOUGH to give justice to all.
Think of the case of Joseph in Egypt with his brethren. The truth is that the trajectory of Joseph’s story would have shifted in consequence and meaning if he had gone all out to avenge himself of the WRONG his half brothers committed against him.

But he preferred to see the brighter side of what they did when he told them that they thought it evil against him , but God thought it good so that many lives would be saved. Genesis 50:20.

Unforgiveness is a grievous burden. It is an additional load upon the victim or the burden bearer. It compromises good sense of judgement and distracts a believer from ascending into loftier matters of truth, holiness and righteousness. When a Journey maker is overwhelmed with unforgiveness, guilt, hurt and wrath and all such sins or weights, the believer is delayed in his match, going forward becomes clubbered because of these padded elements.

The imperative of forgiveness should be taken from the understanding that we also sin against others . The Bible tells us that if we say we have not sinned, we are liars and the truth is not in us. The Psalmist also exclaimed thus: Oh God if thou would mark iniquity, who can stand before thee. Indeed nobody can stand before God if God hasn’t chosen to see us through the mirror of His Son Jesus. Therefore let go all hurts, all offences, all wrath and bitterness and insults against us as we journey along. Jesus forgave even those who killed him. Stephen was gruesomely murdered by stoning, yet he forgave the perpetrators because they know not what they did. This is the spirit of the Journey maker.

(To be concluded in next edition).

The Power of Praise: Try it — the Sunday Conversation with Pst Luke Okoro

The Virtue of Patience — the Sunday Conversation with Pst Luke Okoro

Britain: Around 43,000 May Have Been Given Wrong COVID-19 Test Results