•The appreciation service was held at Igbogbo-Ikorodu 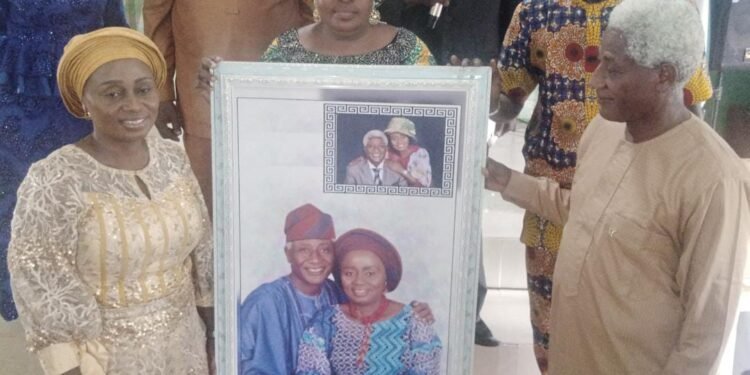 The waiting was long but not in vain.
The preparation was diligent and exquisitely executed. The occasion was the send forth and appreciation service for Rev Johnson Babatunde Obalana and his wife, Pastor Bola Obalana, by the Foursquare Gospel Church, City Zone, Igbogbo District now on ministerial transfer to another Zone, Morekete.

And it came with a bang on Sunday December 18, 2022, when City Zonal leadership under Rev Bunmi Folarin and wife, Pastor Kehinde, rolled out the drums to celebrate the Obalanas in appreciation of their ministerial service to God in City Zone.

They served as pioneer Zonal Superintendent, upon the creation of the zone seven years ago.

They also pastored the local church for two decades, after the church was pioneered.

The occasion was a time of music, dance, testimonies and messages of goodwill, encouragement and farewell.

It was also a moment to reflect on the work done by the departing ministers, whose congregants then showered glowing tributes for their immense contributions to their spiritual growth and general wellbeing.

There were testimonies of their grace of patience with people, their humble lifestyle, their generosity, their faithfulness and commitment to the things of God as well as their straight forward life of integrity, honesty and transparency which was captured, also, by his colleagues in Zonal council which included Rev Kunle Amos Adio and Engr Yomi Dankuwo, both directors in the Lagos state civil service; and Luke Okoro, who gave a short exhortation during the programme.

Mrs Obalana is also a directorate staff of the Lagos civil service. Her colleagues were present to rejoice with her.

Speaking, the new Zonal Superintendent, Rev Folarin, expressed gratitude to the churches in the zone for making the event happen, despite the time it took.

He also thanked City Church for welcoming them into their midst, and for cooperating with them in the last one year, since the transfer took effect.

Adio who is also the Zonal Secretary remarked that the time taken was because of the need to do it well.

He noted that the couple worked hard to build the zone, hence the need to give them a befitting appreciation service.

Pastor Francis Adebayo, an engineer and Pastor Lookman Ganiyu, a senior lawyer and pastor in the organization, observed that the event was worth the wait, and prayed God to see them through in their new posting.

While thanking City Zone for the appreciation and send forth and the gifts to them, the Obalanas expressed joy that their little effort in ministry was being appreciated.

They thanked the members of the Zone and the local church for peacefully working with them for all the years they served there, and prayed God to help all of them to finish strong unto the end.

Chairman of the planning committee, Bro Dankuwo, who presented a cash token to them, reminded them to know that God is the ultimate rewarder. Thereafter, Rev Folarin prayed for their success in their new assignment.

He also prayed for the members of the planning committee, thanking them for a work well done.

2023: Why You Need God — the Sunday Conversation with Pst Luke Okoro

The Compassionate Jesus — the Sunday Conversation with Pst Luke Okoro