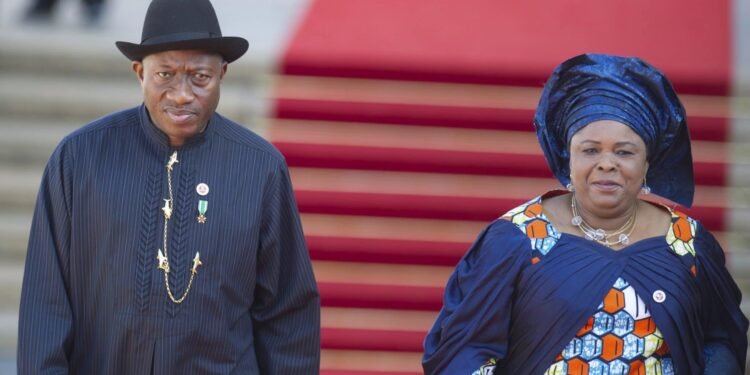 Democracy would lose its defining egalitarianism if it foreclosed the free expression of viewpoints by its adherents – including often unreasoned perspectives by forces that seek to diminish and divide. Against this backdrop, public communicators who through discipline and intellectual honesty have achieved that delicate, firm balance between viewpoints that enlighten and lift society and contrived commentary that distorts, diminishes and stunts, should be appreciated.

Last week, in his respected weekly column ENGAGEMENTS, in THISDAY, Dr. Chidi Amuta turned his focus on former President Goodluck Jonathan and ex-First Lady, Mrs. Patience Jonathan in an essay titled – “The Staying Power of Mrs. Jonathan.” Deploying his customary power of language and inimitable Tennyson-like imageries, Dr. Amuta, with unusual subliminal ruthlessness, put the former president and his spouse to the sword. If there was some afterthought of taking prisoners in this particular decapitating literary excursion, Amuta betrayed none.

A master of speech writing himself, Amuta wrote off Jonathan’s speeches while in office: “His speeches read more like apprentice campus seminar papers than lofty presidential pronouncements,” suggesting, “The consensus is that he had neither an agenda of power nor a mission in office.”

More like rhapsodizing over what he felt were the former president’s limitations, Amuta saw Jonathan as “A man who hardly found shoes to wear till rather suddenly found himself struggling to fit into the oversized shoes of Africa’s most powerful presidency.” Further according to the well-known academic and public communications guru, “Very few Nigerians remember any quotable utterances by former President Goodluck Jonathan.” Haba! Even Amuta’s existential situation could not have been the same under Jonathan the target – and currently.

In what Amuta may have felt was a humorous ‘Nollywoodisation’ of the former First Lady’s tenancy of Aso Rock, he shredded her carriage, off-the-cuff speeches, street appeal, “unvarnished and unwashed witticism,” needlessly contrasting her style with the “delectable glamour of a Mrs. Aisha Buhari.”

Like a good sniper schooled in the deadly art of delivering sudden death, Amuta struck the former First Spouses with high-calibre literary-political bullets meant to end a perceived new journey. Unlike a skulking sniper who shoots from hiding, Amuta shot from the open space and a top-draw platform. But at a fundamental level, this puzzling hockery-pokery project is not suited to vintage Amuta, an idealistic academic of the Marxist bent fired by altruism – who has considerably positively impacted his milieu.

For many who may not know, Dr. Amuta is a foremost Nigerian journalist, author, internationally acclaimed intellectual and public communicator and former senior lecturer in literature and communications at the Obafemi Awolowo University and University of Port Harcourt. He was also visiting Fellow, Fletcher School of Law & Diplomacy, Boston USA. A founding Editorial Board member, The Guardian, Group Editorial Adviser and Chairman Editorial Board of the Daily Times, Amuta is currently member of the Editorial Board of THISDAY.

The depth and sweep of his contributions to social ferment bespeak the eloquence of old school restraint, commitment and panache. Unfortunately, these ingredients that define professionalism, for some reasons, are largely missing in current journalistic discourse. Has Amuta lost his chutzpah? Not many would contemplate this. Then what gives?

At a critical juncture in the convoluted socio-political evolution of the Nigerian state, what should be the focus of the nation’s intellectual class? Amidst contrived chaos, economic nightmare, unending bloodletting, human misery and extreme governance deficits that continue to define Nigeria’s democracy, many are wont to lose faith in the polity. This may be understandable. But history shows that mere loss of faith, a pathway to surrender is taking the easy course.

The path of courage is to interrogate the policies, concepts, leadership vision or visionlessness and socio-political triggers that generate regression using reasoned, temperate logic and candour. Next is to offer alternative vision of sustainable strategies to resolve extant human development and socio-economic challenges. This is the path Amuta should have kept to.

Contemptuously thrashing a former First Lady and her spouse and comparing her with the “delectable glamour of a Mrs. Aisha Buhari,” does not represent the best of Amuta or validate his hard-earned reputation. According Lady Eleanor Roosevelt, incidentally, a former US First Lady, “The future belongs to those who believe in the beauty of their dreams.” Former First Lady, Mrs. Patience Jonathan certainly believed and believes in the beauty of her dreams. She brought an earthy, folksy charm and total lack of affectation to her ‘tour of duty’.

This scenario throws up legitimate posers. In crafting his last week’s column or better still – blitzkrieg – what was Amuta’s motive? Could it have been the Biblical voice of Jacob and hand of Esau scenario?

Amuta himself perhaps unwittingly supplies the smoking gun. Hear him: “A return to Goodluck Jonathan beyond the ritual of professional peace missionary or envoy of the incumbent president does not look like an object of much interest. It is a dream path littered with fields of mines and shrapnel.” Whether as a warning or free advisory, this adroitly veiled allegation essentially suggests that Dr. Jonathan is contemplating a return to active politics ahead of 2023 and some interested parties are already buying some powerful pens to demonise him!

In the face of the trending narratives that former President Jonathan may succumb to the alleged courtship of the ruling Northern political intelligentsia to fly their party’s presidential ticket in 2023, several political calculations are being spawned. Perhaps more potently, this scenario is understandably generating some fear in several political quarters.

At the time of this response, Jonathan, a scientist who has morphed into a respected national and international statesman has not given an indication of whether he will bite the alleged Northern bait. He has even formally debunked such course. But this has not calmed the jitters – understandably.

From Jonathan’s South-South region, several powerful Turks are eyeing the presidency and a successful enlistment of Jonathan, who would be constitutionally limited to a single four-year term, by the North, would effectively destroy such ambitions. Ditto for the South-East and South-West!

In the literary turf, Amuta has taken on bards of kindred plumage. He is the author of “Towards a Sociology of the African Novel” (1986) and “The Theory of African Literature” (1989). He used these works to adroitly take on intellectuals like Chinweizu, Onwuchekwa Jemie, Ihechukwu Madubuike, Charles Nnolim, Sunday Anozie and Wole Soyinka. Like a great boxer, a great writer should not have a glass jaw or he could be knocked out easily in the fray. But boxing in the political fray comes with collateral dangers – especially if it is anchored on jejune instead of genuine conviction.

After all, according to Dennis Brutus the South African protest poet, “Writers must not live a lie.”

Former president, Goodluck Jonathan, was part of the dignitaries who attended the 62nd Independence Day celebration of Nigeria at...

Peter Obi: Peace, Unity of Nigeria to Top My Agenda in Governance