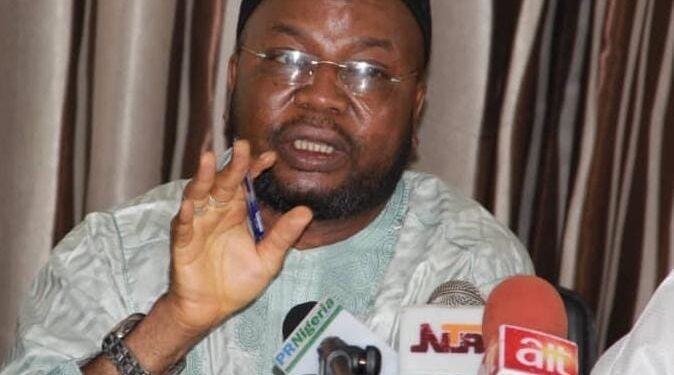 Ahead of the upcoming general elections, the Arewa Economic Renewal Forum (AERF) has challenged the political class to bring forth a clear roadmap for the emancipation of northern Nigeria before they are considered for election.

The forum whose membership comprises businessmen, ICT specialists, security experts, academics, and seasoned technocrats said it will mobilize the masses of the region to vote for any of the presidential candidates with the best blueprint to solve the existential problems facing the Arewa people.

Addressing a press conference in Abuja on Tuesday, the chairman of the forum, Ibrahim Shehu Dandakata, lamented that the north is at the receiving end of everything that is wrong with the country, from poverty to insecurity, unemployment and out-of-school children.

He stated that the north is the most endowed yet the most marginalized part of the country.

Dandakata added that the country’s leaders have left the north’s massive potential in agriculture to rot away.

“The resultant consequence for our region is poverty, substandard education, lack of asses to credit financing and other negative underdevelopment indicators.

“No doubt the size and dimension of the population of the Northern region displace in terms of size any other African country apart from Nigeria itself. In other words, if this region would have been a country of its own it would still remain the most populous country in Africa and one of the 10 most populous in the world,

“The Northern region of the federation accounts for over 70% of the total arable landmass in Nigeria, geologically created in such an advantageous way that it could allow for 12 months or agriculture as it is traversed by river basins and aquatic reservoirs that would allow for three seasons of harvest every year, yet, only about 23% of the landmass is fully utilized for agricultural purposes.

The AERF leader described as unacceptable and unsustainable the fact that the North has “the worst human development index, with an estimated 87 million people living on less than $1.90/day yet none of the top ranked five economies in the world- Norway, Ireland, Switzerland, Hong Kong, and Iceland – are more naturally endowed than Nigeria and indeed the North.”

“In terms of maternal mortality, Nigeria has about 512 maternal deaths per 100,000 births as at September 2022 with a large percentage of these concentrated in the North

“In terms of Access to Finance and Credit for Investment and Development from the National Financial System, the Northern Region has consistently over the last 10 years been shortchanged sometimes by a deliberate policy of the government and private financial institutions.

“The gross distribution of development and investment finance by government institutions and other financial institutions have always been skewed in favor of other regions, enterprises and institutions in Nigeria

“The Bank of Industry (BoI) 2019 annual report shows a disproportionate and unfair distribution of financing/loans to enterprises across the various geographical zones in Nigeria with the south’s 191.7bn surpassing that of the entire North’s share of 41.4bn by more than four times,” he added.

Speaking further about how the financial system is skewed against the north, he said “in the last five years about seven of the biggest banks in Nigeria by policy do not accept real estate asset as collateral for any business in the entire North except assets in Abuja.”

He continued: “Over the last 10 years, loan portfolios of Nigerian banks have equally been in favour of other regions and to the disadvantage of the entire Northern region with some slight exceptions for Abuja.

He added that 2023 “is the time for the North to take her destiny into her hands and restore lost glories by throwing our weight behind any candidate with a viable economic blueprint for the restoration of Arewa.”

“Against this backdrop, we demand a “Strategic Blueprint for the Rapid Renewal and Economic Transformation of Northern Nigeria,” from all aspirants gunning for the nations top job and the plan must entail a visible roadmap to reviving comatose Northern industries, harnessing virgin resources and utilisation of demographic advantages for the empowerment of our people In terms of education and wealth creation,” he noted.

Other leaders of the forum who also spoke at the press conference noted that they were not against any candidate but were only concerned about who will best serve the interest of the region and its people.

They added that the forum will work assiduously with all stakeholders during and after the elections to pressure leaders at all levels to give Arewa people a better deal in terms of good governance.

Atiku Pledges to Work with Stakeholders to End ASUU Strike