Joshua to reveal opponent next week 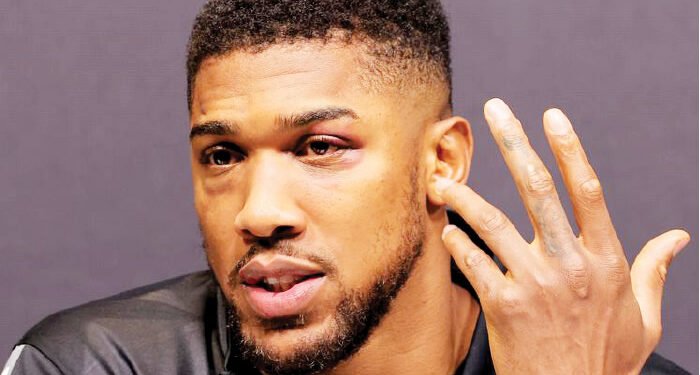 Anthony Joshua, a two-time heavyweight champion, will reveal his opponent for his rematch next week, and Eddie Hearn, Joshua’s promoter, says the contracts for the British-return Nigerian’s on April 1 are almost done.

The 33-year-old hasn’t competed since losing to Oleksandr Usyk in their rematch in August, which made it two straight losses to the Ukrainian following a loss in September 2021.

Joshua’s most recent triumph came when he defeated Kubrat Pulev more than two years ago.

And Hearn is eager to find Joshua a well-known foe who will put him back on track to face opponents like Tyson Fury and Deontay Wilder.

There had been talk of a brutal battle against Filip Hrgovic, but he has been ordered to face Andy Ruiz Jr in an IBF eliminator.

Meanwhile, Hearn has also effectively ruled out Otto Wallin and Demsey McKean after revealing Joshua does not want to take on another southpaw since it doesn’t align with his plans to face other orthodox fighters.

That could leave Jermaine Franklin as the man to fight Joshua on April Fool’s Day, with the American looking to avenge November’s London defeat to Joshua’s rival, Dillian Whyte.

However, fans won’t have to wait too long to find out the former champ’s next opponent, as Hearn is currently finalising contracts with a plan to confirm the bout next week.

“(Franklin) is definitely in the mix. Demsey McKean is still in the mix,” he told Boxing Social.

“The link-up with a new trainer means a southpaw fighter, even though Joshua just boxed one of them twice, is not ideal. When you look at the future for Anthony Joshua, the future revolves around Tyson Fury, Deontay Wilder and Dillian Whyte. They’re three orthodox fighters. It is likely that he will face an orthodox fighter next.

“I think Jermaine Franklin is a great fighter. People say ‘it’s definitely Franklin’. Nothing is signed and agreed with. But Franklin is coming off a fight where it was very close with Whyte. Some people felt he won that fight.”

The Nigerian Bar Association, NBA, said yesterday it would deploy the instrumentality of the law to ensure that no ex-convict...