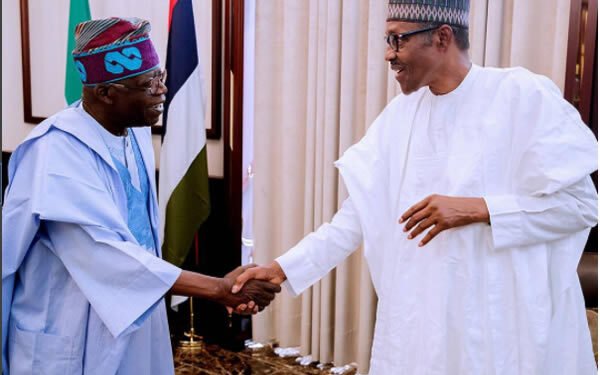 The Atiku/Okowa Presidential Campaign Organization has told President Muhammadu Buhari not to waste precious time campaigning for Asiwaju Bola Ahmed Tinubu, the presidential candidate of the All Progressives Congress (APC), as it is manifestly clear that Nigerians across board have roundly rejected him.

Indeed, Nigerians have registered their rejection of Tinubu as they have shown that they will never trust or elect a narcotics-related lawbreaker; an individual accused of treasury-looting and many other reprehensible acts as President.

Is it not preposterous and a huge spat on the faces of Nigerians that an individual, who is beleaguered by allegations of corruption, perjury, identity theft, inconsistencies in name and ancestry, as well as alleged narcotics offence for which he forfeited a whopping sum of $460,000 to the United States of America, could present himself for election into the office of the President of the Federal of Nigeria?

It is imperative to state that Nigerians will never entrust the destiny of our nation to any individual who is completely tarnished; whose persona is globally tainted with issues of criminal allegations, who cannot explain the source of his wealth in the face of accusations that it is proceed of corruption.

Of course, there is no way Nigerians will trust or elect an individual who is so depraved that he can present the photograph of another person, former Governor of Cross Rivers State, Donald Duke, as his to gain followership in a documentary used as part of his campaign materials to canvass for votes.

Such proclivity to falsehood is evident in the attempt by Tinubu, who cannot point to any resounding legacy project he articulated and executed in his brawling years as Governor of Lagos State, to shamelessly claim credit for the achievements of his predecessors and successors in office.

It is strange that anybody can expect Nigerians to elect a failed State Governor whose only achievement is entrenching governance by brawl, personal enrichment and puffery.

In any case, Nigerians across the country have since established their preference for the Presidential Candidate of the Peoples Democratic Party (PDP), Atiku Abubakar, over and above the deflated Tinubu as the next President of our great country.

This is because Atiku has proven himself as a leader with the required integrity, sound reputation and desired capacity, competence, presence of mind, political will and stamina to lead our nation at this critical time.

Nigerians want Atiku on the saddle in their yearning for the return of the good days; the period of Atiku Abubakar as Vice President and Chairman of the Economic Council, when our nation witnessed unprecedented economic growth to become one of the fastest growing economies of the world, where citizens were secure, prosperous and happy.

President Buhari should therefore not waste his time to campaign for Asiwaju Tinubu, who has lost grip of the Presidential contest and is only seen in the public as a butt of jokes for his endless gaffes, display of vacuity and incapacity to lead.

In fact, the overflowing mammoth crowd that received Atiku and his entourage in President Buhari’s home State of Katsina as well as in Imo, Kwara, Gombe, Osun, Akwa Ibom and other States of the federation is a clear pointer to the fact that Nigerians, irrespective of political, ethnic or religious affiliations have pitched their tents with the PDP presidential candidate.

What Nigerians expect from President Buhari at this time is to provide the enabling environment that will guarantee peaceful, free, fair, transparent and credible 2023 general elections as well as a smooth transfer of power in line with the expressed will of the people on May 29, 2023.

READ ALSO  Atiku at Nigerian Editors' Forum, Vows 'No Going Back on Restructuring'

By Aminu Garko President Muhammadu Buhari has reassured Nigerians that his administration was committed to deliver a free, fair and...