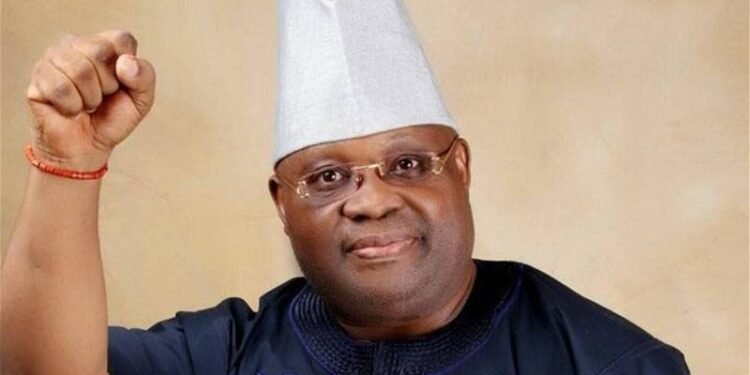 The Executive Governor of Osun State , Senator Ademola Adeleke has approved the composition of a committee for a non-partisan distribution of rice just as the State Government directed that beneficiaries must cover all sectors of the state.

The government also wishes to affirm to Osun People that the Sure-P fund, which Governor Adeleke stopped former government from looting, remains intact and safe in the accounts of the local governments

The distribution committee according to a public announcement by the Secretary to the State Government (SSG), Hon Teslim Igbalaye is composed of the following membership per ward :

1. A member of the league of Imams;

2. A member of Christian Association of Nigeria(CAN);

3. A member of the Traditional Religion ;

5. A member from All Progressives Congress(APC)

The announcement noted that 40 bags of rice are to be distributed per ward, explaining the transparency in the entire process such that the expended fund achieves the goal of Osun money for Osun development.

It would be recalled that the previous administration purchased rice distributed last year at forty thousand naira per bag, a narration the new government has changed by direct purchase and transparent distribution process.

To affirm its commitment to transparency, Governor Adeleke ordered that the composition of committee for the distribution of the rice and targeted beneficiaries must be from all sectors in osun state.

His Excellency affirms that this administration is not a thieving government like that of his predecessor and he remains committed to cushioning the effect of the hard time on all sections of Osun society.

It is therefore shameless lie and false reports to claim only PDP members are benefiting or that the Sure-P fund was diverted. It is also pure falsehood to claim Heads of Local Government Administration are denied their entitlements. All issues pertaining to entitlements of public servants are been attended to by the relevant offices.

Osun people can bear witness that the family of His Excellency has consistently distributed food items to Osun people for the past several decades. The philanthropic family with one of its own as the State Governor is determined to elevate the tradition of giving as a state policy.

We therefore assure Osun people that the Adeleke administration is not a thieving government and will not in anyway follow the path of the past. All actions so far taken and that will be taken are in line with due process, state regulations and extant laws.