Jubilation in Ilorin as Gov AbdulRazaq Pays December Salaries, Others 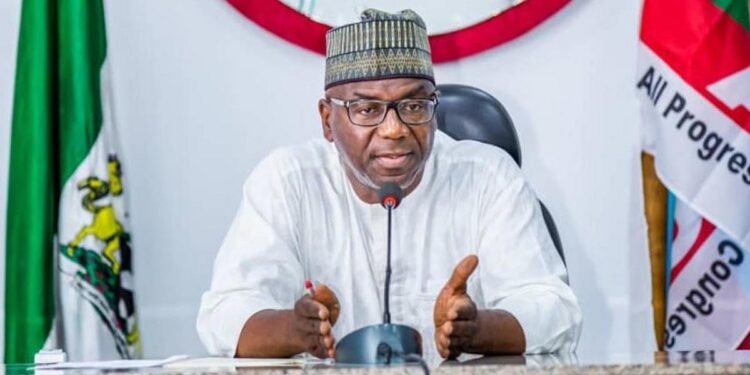 Civil servants and pensioners all over Kwara state are in high spirits with the prompt payment of their December salaries, gratuities and pensions, it was learnt. This was also as they trooped into their banks with songs of praises for Governor AbdulRahman AbdulRazaq, and in preparation for the Yuletide season.

A statement by the Spokesperson of the Campaign Council of the All Progressives Congress, Kwara State Chapter, Hon. Mrs. Oyeyemi Olasumbo Florence, said public workers in the State were in high spirits after they received alert of the payment of their December salaries ahead of Christmas and New Year celebrations. This is commendable, no doubt, because many states are still battling to clear the backlog of workers’ salaries and pensions.

She said the government also approved 100% payment of 2009 and 2010 arrears of pensions and gratuities for retirees in the local government from the SURE-P refund to states.

It was gathered that civil servants in the state who thronged to various banks yesterday said they had every reason to support the re-election bid of Governor AbdulRahman AbdulRazaq come 2023 while others promised to put in their best because the government had shown responsibility to workers welfare in the midst of dwindling resources in the country.

Many of the workers were seen at the secretariat praying for the governor and pledging their continued support, a statement from the campaign spokesperson said.

According to Hon. Mrs. Oyeyemi Olasumbo Florence, “ (for)this singular action, and flowing from previous months of prompt payment of salaries, we can boldly and confidently say Governor AbdulRahman AbdulRazaq is one of the first Governors in Nigeria to pay this month’s  workers’ salaries.

“This masterstroke can be described as an ‘avalanche of goodness’ from the most responsible, worker-friendly Governor in Nigeria, especially so, at a time the country and state  governments are in financial despair and experiencing dwindling revenue and uncertainties.

“This issue will form a significant part of the governor’s re-election debate and messaging as it relates to stewardship so far in Kwara State and beyond but unfortunately, desperate opposition and critics have cautiously avoided this public  discourse of Governor AbdulRahman AbdulRazaq’s efficient economic management.

“We cannot pretend to have forgotten so soon, how workers in this state were owed salaries spanning several months by previous Peoples Democratic Party (PDP) led governments.

“We must not allow the PDP and their political godfather gain access into our state treasury with their obnoxious ‘geri-gedi’ salary policy. We are not unaware of the grace-to-grass situation of their godfather – his dwindling political relevance in our national political discourse and why he must not be allowed to use Kwara treasury to bounce back to limelight – not anymore”.

It would be recalled that Governor AbdulRazaq has implemented the N30,000 minimum wage for workers which is paid by only a few states in the country.

The Governor has made it a standing tradition to pay workers earlier during festive periods for them to make adequate preparations and provisions for their families. Besides, upon assumption of office the governor  also cleared backlogs of salaries owed to workers by the previous administrations across MDAs.

This is as he has restored funding of MDAs with running costs to guarantee efficiency and effectiveness in their day-to-day operations and administration.

The Governor has over time been commended for his commitment to workers’ welfare by stakeholders in the state and country.

.   By Olayinka Owolewa   The Omu-Aran Social Club has completed and handed over the Ogbo Grammar School Multi-purpose...

London to Lagos Biker: I Saw Death 4 Times During My 41 Days Journey

2023: Be Concerned about Your Successor, Stakeholders Urges Buhari