INEC Suffers another Attack in Imo Amid Fears over 2023 Elections 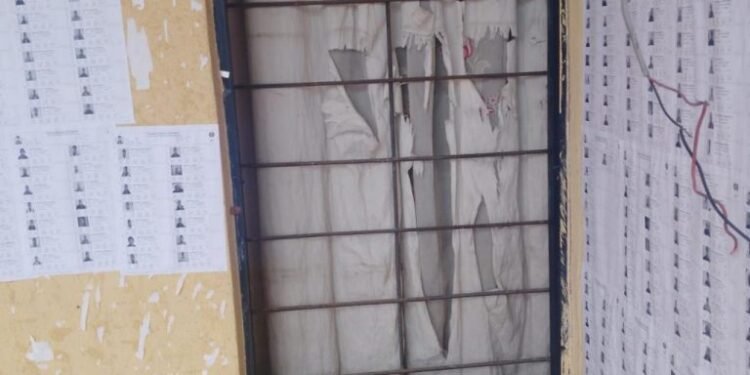 The Independent National Electoral Commission (INEC) has suffered another attack in Imo as hoodlums vandalised its Isu Local Government Area (LGA) of the state.

Festus Okoye, INEC National Commissioner and Chairman, Information and Voter Education Committee said this in statement in Abuja on Wednesday.

Okoye said that the attack was the fourth in the state, after that of Orlu and Oru West LGA, as well as the State Headquarters in Owerri.

He said that the state INEC Resident Electoral Commissioner, Prof. Sylvia Agu, reported the attack in the early hours of Tuesday, adding that eight windows were smashed and burglary proofs removed.

“Fortunately, the attackers could not access the building, movable and immovable equipment as well as other materials were not removed or vandalised.

“However, as a precautionary measure, critical materials such as ballot boxes and voting cubicles have been evacuated to another INEC facility for safe keeping.

“Similarly, all uncollected PVCs have been secured, while security will be deployed to ensure the continuous collection of the cards by registered voters in the same premises,” he said.

Okoye said that the incident had been reported to the police and other security agencies for necessary action.