Emefiele: DSS Warns Nigerians — do not undermine us 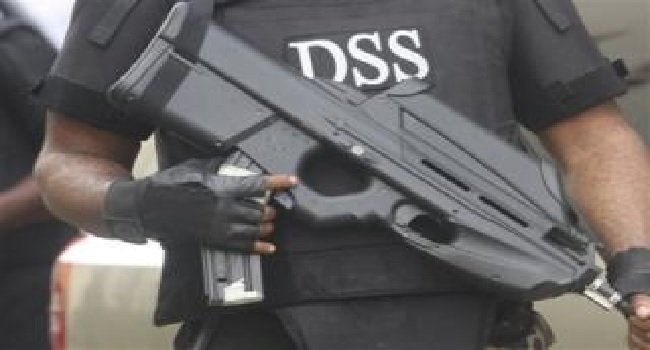 Department of State Services (DSS) has called on Nigerians to avoid being used to undermine the service in its lawful investigations.

Public Relations Officer of DSS, Dr Peter Afunanya, made the call in a statement on Tuesday in Abuja.

He said those who wished to act in the breach would be dealt with, in accordance with the law.

Afunanya said that the statement was to clarify that one of the service’s roles was to investigate matters of national security dimension.

He said that the service had always discharged its responsibilities in the overall interest of the citizens.

“As such, the service will continue to disseminate actionable intelligence to relevant authorities, devoid of any sentiment.

“While professionally discharging its mandate, the DSS pledges to remain focused and unbiased.

“It will not, by any means, succumb to propaganda, intimidation and the desperation of hirelings to undermine it,” he said.

According to him, the service will also not give room for use of falsehood and deceit to misdirect public understanding and perception on issues of national importance.

The DSS spokesman urged the public to disregard the vituperations and ranting of misguided elements and not allow themselves to be used as instruments of destabilisation.

“The service will not be distracted by persons and/or groups from carrying out its duties to the nation, citizens and the President/Commander-in-Chief,” he added.

By METROWATCH Reporter   The  National Assembly on Tuesday dropped its earlier threat of arrest against Central Bank Governor,...

JUST IN | Total Revenue So far from Stamp Duty is N370Bn, Says Emefiele