With 50 Attacks on its Facilities in 15 States, INEC Fears for 2023 Elections 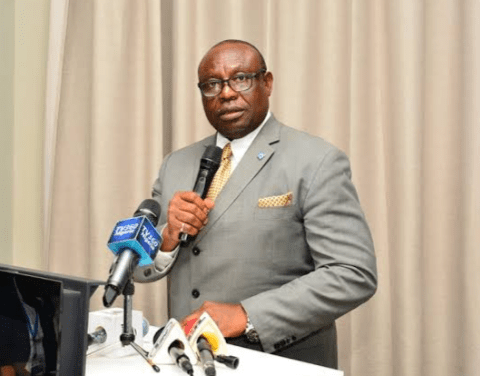 The Independent National Electoral Commission (INEC) has expressed worries that if attacks on its facilities persist into January 2023, it could affect the conduct of the general elections.

National Commissioner and Chairman, Information and Voter Education Committee, INEC, Mr Festus Okoye, said this at a workshop on Political Violence and Election Security organised by the National Defence College on Monday in Abuja.

Okoye said the commission had recorded some reverses in states where the attacks took place, including destruction of ballot boxes and other election material, as well as permanent voter cards.

He said that the commission had since the 2019 recorded 50 attacks in 15 states of the federation.

According to him, the attacks recorded in 2022 were systematic and coordinated to derail lNEC from conducting free, fair, credible and transparent election.

He particularly said that the commission recorded so much losses in the attack on its office in  Abeokuta South Local Government in Ogun.

Okoye however assured that INEC has the capacity to recover from those attacks,

“So all these attacks that have taken place, we have the capacity to recover and we are going to recover because we are already reprinting the permanent voters cards that were lost during the inferno.

“We are also replacing the voting cubicles and ballot boxes that were lost, we are also trying to rent offices for the ones that we cannot repair.

“But if these attacks go into January and February, it may be difficult for us to recover from those attacks.

“This is because if you look at section 134 of the Constitution of the Federal Republic of Nigeria, 1999 as amended, it has threshold that a candidate must meet before that candidate can be declared as the winner of any election.

“So we do not want these attacks to continue, we don’t want them to persist.

“But we have the assurance from the various security agencies that they are going to dominate the environment, neutralise these attacks,” he added.

Okoye added that the security agencies had given the assurance that they would ensure a secure and safe environment for the conduct of the 2023 general elections.

He assured Nigerians that INEC would conduct an election driven by technology that would produce a winner that the Nigerian people want.

“We are going to declare only those who the Nigerian people elect as the winners of the election.

“So we do not want any distraction at this point in time and that is why we have made it very clear to the National Assembly that all INEC offices shall and must be declared as high priority areas that needs adequate protection and safety.

“But in terms of our own preparations, in terms of delivering on our mandate of organising, undertaking and supervising election, we are on top of the situation and we are not going to disappoint the Nigerian people,’’ he said.

Another National Commissioner, Prof. Sani Adam, commended NDC for organizing the workshop that would address election violence and election security in 2023.

Adam said the introduction of technology by INEC would discourage ballot snatching in future elections, adding that voters should come out and vote decently and leave decently.

He said the Bimodal Voter Accreditation System (BVAS) would ensure that results would be announced in a proper and acceptable manner.

“NDC is pioneering this kind of conference on election security and political violence that shows that INEC is heavily protected and country is well stabilised.

“The armed forces are synergised to ensure that free and fair elections take place in 2023,’’ he said.

The Commandant of NDC, Rear Adm. Murtala Bashir, said the workshop was one of the series of activities of the college to build the capacity of the armed forces to know the roles they were supposed to play.

Bashir said that ensuring the free and credible election was one particular aspect that NDC considered as vital for the synergy of efforts between the armed forces and the other security agencies.

“This is one of the platforms that bring together these agencies so that we can see how all of us can be on the same page with each agency.

NIPCO Says ‘Gears up for Better Service Delivery in 2022’