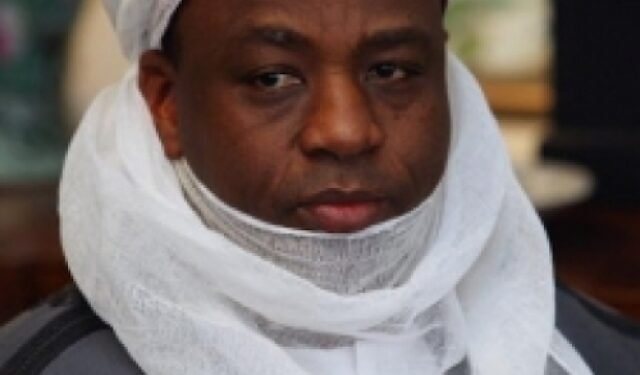 Members of the Nigerian Defence Academy (NDA), 18 Regular Course Alumni, on Sunday reunited in Abuja to celebrate the 45th anniversary of their commission into officer cadets in the Nigerian Army.

The Grand Patron of the association and Sultan of Sokoto, Alhaji Sa’ad Abubakar III, said the 45th anniversary and reunion were part of efforts to contribute to national development.

The Sultan, who is also a member of the course, said the reunion was a unique opportunity for members to recall their time in the service and appreciate God for their lives.

Abubakar said members were commissioned as officers on Dec. 17, 1975, adding that the 18RC alumni had been holding annual lectures to discuss the problems of the country.

According to him, the aim of the reunion is to strengthen members so that they will come up with what they needed to solve the problems around them.

The Sultan of Sokoto urged the military leadership to consider having regular engagements with the president of all the courses with a view to finding workable solutions to the nation’s security challenges.

“We are marking the end of the year. I wish you a most prosperous 2023 and a huge free general elections to pick a leader who will change the fortunes of this country for the better.

“May the best amongst our politicians be the leader of this country and also the best in various states so that this country will turn around and be better.

“We will continue to give advice. We will not get tired even if people feel our advice is getting too direct and whatever. I know it is the truth and the whole truth and nothing but the truth.

“Let us continue talking to ourselves, telling ourselves the truth and not shy away from telling the truth wherever we find ourselves because as you all know, the truth shall set you free,” he said.

The President of the Alumni, Air Commodore Isaac Oguntuyi, said that majority of the members had passed on, leaving 28 alive out of the 55 of them that were commissioned in 1975.

Oguntuyi said that a lot of their members died in Ejigbo plane crash that killed many military officers in 1992.

He thanked members for their commitment to the cause of the association in the past decades.

The Chief of Defence Staff, Gen. Lucky Irabor, who was represented by the Commander, Defence Headquarters Garrison, Maj.-Gen. Elias Atu, commended the alumni and urged them to continue to guide the military.

He reassured that the military remains committed to ensuring that peace returns to the troubled zones of the country in no distant time.

Petinrin, who chaired the event, said 18th RC is leading all other regular courses in terms of unity, adding that the course he belonged to did not have such an active association.

2023: IG of Police Clears another Hurdle for Tinubu