Glo Holds Draw for Car, Other Prize Winners in Ibadan 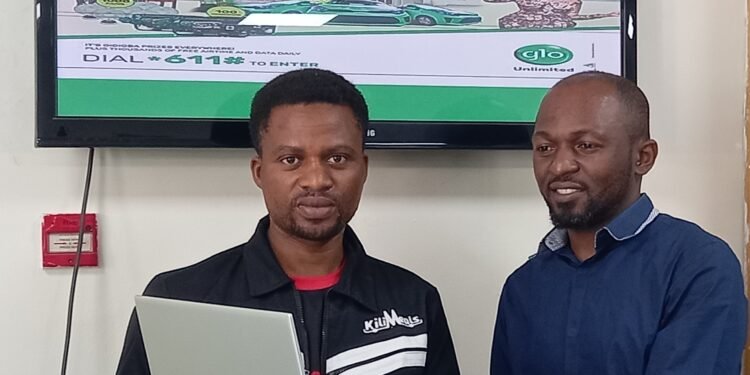 Digital solutions provider, Globacom, on Monday, December 19, 2022, held
a draw in Ibadan, Oyo State, to pick another car winner as well as winners of other prizes in the ongoing customer reward promo, Festival of Joy.

The draw which was held at Gloworld, Challenge Ibadan outlet, was witnessed by the media and Glo subscribers who picked the winning numbers in the electronic draw for the car and other prizes including power generators, sewing machines and rechargeable fans.

Globacom said that all the winners would receive their prizes at the Gloworld
Ring Road, Ibadan branch.

Cities where winners in the promo have already received their prizes include Lagos, Ibadan, Benin, Port Harcourt, Abuja and Ijebu Ode.

A Glo subscriber, Oluwaseun Faleye, who witnessed the draw, lauded the transparency of the draw and the expensive prizes the company is
offering in appreciation of its subscribers.

The company encouraged subscribers who wish to participate in the promo
to dial *611# and keep recharging (voice and data during the promo period) to be eligible to win the prizes on offer. 20 houses, 24 brand new cars, 100 generators, 200 sewing machines and 1,000 rechargeable fans will be won in the Glo Festival of Joy promo.

By METROWATCH Reporter Globacom on Friday, January 20, in Abuja presented the keys to a three-bedroom house to yet another...