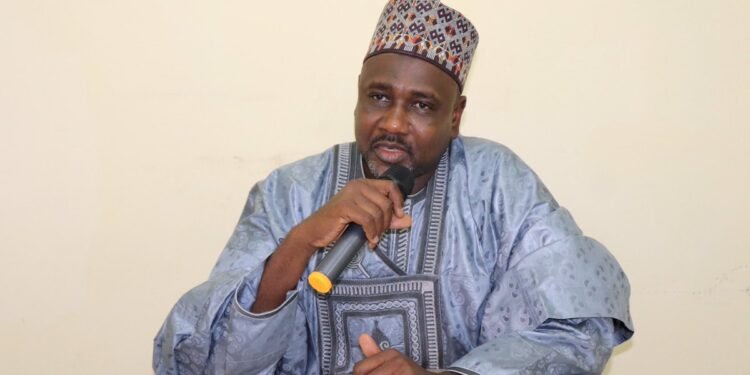 The Federal Government has urged all the relevant stakeholders to collaborate for effective sensitisation to fight against e-wastes across the country.

The Director-General of National Environmental Standards and Regulations Enforcement Agency (NESREA), Prof. Aliyu Jauro, said this in an interview with the News Agency of Nigeria (NAN), in Abuja on Sunday.

Jauro said that the best approach to prosecute the war against e-wastes in the country is to engage stakeholders on effective sensitisation of the public.

According to Jauro, most people are not aware of the dangers and harm associated with the e-wastes activities.

“So, the best way to let them understand that such items are dangerous is to enlighten the public on its hazardous effect.

“The agency also ensures that all manufacturers, importers and retailers register with Producer Responsibility Organisation (PRO).

“The most popular method adopted is the industry-driven model, whereby, the PRO is appointed by the manufacturers, retailers and importers and they should be responsible for managing the e-wastes as Nigeria is a consumer nation.

“The PRO will use the collected finance being provided to support the collection of the e-waste,” he said.

Jauro said that the agency does not have enough technology to monitor dealers of pesticides and hazardous chemicals in the country, and this has affected the provision of efficient update on the prosecution of the dealers.

He said that the agency recently rewarded about 16 outlets for adhering to its environmental compliance, adding that the essence of the awards is to encourage the organisations for being effective in their service delivery.

He said that one of the agency’s mandates is to ensure compliance with all environmental laws, regulations, policies and guidelines.

READ ALSO  Obasanjo: If EFCC Had Done its Job, Most Presidential Aspirants Should Have Been in Jail

“So, we created activities of these organisations and most of them engage in the production of some products which have impact on the environment.

“We decided to develop regulations guiding how they are supposed to conduct the activities, so that it will not impact much on the environment.

“When there is no compliance, we do enforce. So in the course of doing that there is a provision for a reward system.

“Those that comply voluntarily with all our guidelines should be rewarded as a form of encouragement for others to key in,” he said.

The director-general said the selection of the awardees was made with regards to environmental documentations such as Permits, Environmental Audit and the level of Corporate Social Responsibility activities carried out by the selected organisations.

The Federal Government has opened a new passport office in the Alimosho area of Lagos State. Interior Minister, Rauf Aregbesola...