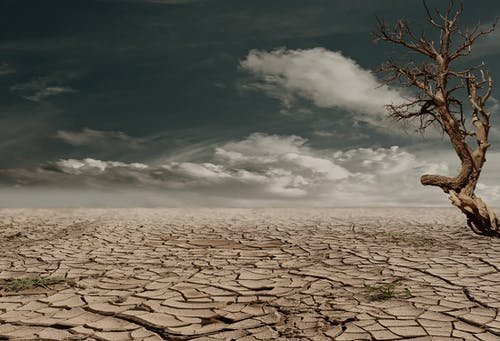 •Effect of climate change on the environment

A don at the geography department of the University of Maiduguri, Dr Saidu Elbuba, has said that the ‘extreme’ cold and heat in the Borno state capital is due to the reality of climate changes affecting the region and the country.

He told this reporter that climate change was not mere folk tale as some people assume but a harsh reality which must be accepted by residents who are involved in activities that activate such factors.

Most of the state capitals in the region and some regional cities in the North east are competing with Jos the Plateau State capital in the North central where temperatures fall to as low as 10 degrees Celsius sometimes.

READ ALSO  CMD: JUTH Trained Most of the Medical Experts in Northern Nigeria

“I agree with you that some people believe that it doesn’t make sense, but what is the meaning of climate change? Glacier is receding, they don’t know why it is receding. Some say that there is nothing called climate change and that the climate is not changing but some of us who are in between are supposed to report that we are seeing this climate change as a reality. Our actions and activities as a people on the earth is responsible for climate change.

“I’m sure 20 years ago the kind of cold you get now in Maiduguri was not so manifest and 20 years ago was mostly within December when Jos will be extremely cold and Zaria will be cold too.

” Now it is shifting to January and to February and its shifting just like the fasting month used to shift downwards, middle, upward based on the astral movement and circle, but this one is shifting and is affecting everyone which is why Maiduguri used to be very cold in the mornings in December,” said El Buba.

Dr Elbuba called on residents with vast chunks of farm lands to plant trees around because that would be the saving grace on the Savannah when the extreme heat periods come into play as the cold period fades away from January.

CMD: JUTH Trained Most of the Medical Experts in Northern Nigeria

A Tribute by Ola Awoniyi — Mohammed Isa: how not to log out

In 2022, Edo to Drive Devt, Growth with Technology, Says Obaseki