Okowa at 2023 Budget Signing Ceremony, Assures Nigerians — hope is on the way 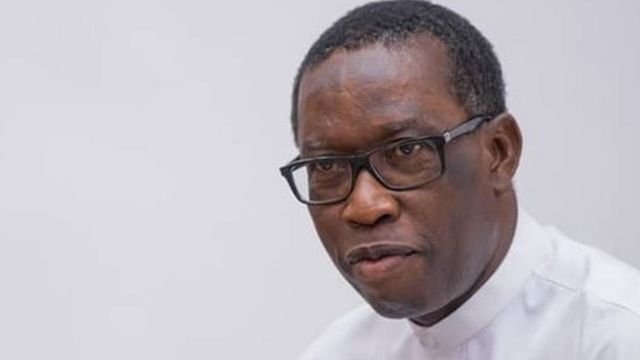 Vice-Presidential Candidate of the Peoples Democratic Party (PDP), Senator Ifeanyi Okowa, has urged Nigerians not to lose hope even in the midst of difficulties, assuring that the PDP would rebuild the country and restore hope to the people.

Okowa, who is Governor of Delta, made the call while signing the State’s 2023 Appropriation Bill at Government House, Asaba, on Friday.

Okowa said that as citizens of the country had continued to struggle to eke out a living, it appeared that hope was waning, and urged them to look in the right direction to recreate the nation of their dreams.

“As the country struggles, our people are beginning to lose hope. But, I believe very strongly that there is hope on the way. We need to look in the right direction to begin to recreate the Nigeria of our dream.

“I want to urge the youths of this country that we must choose right. Let us not be deceived once again; let’s not be carried away by social media reports; we should look deeply and be able to make assessments and make the right choices.

“Make informed choices based on the past of people, else we can be led on the wrong path, because promises were made in the past in 2015 and we believed that we needed a change without looking at those promises to see if they were doable. And, we got ourselves where we are today.

“Here we are again in an election period and time to make choices. Think deeply – our youths, women and elders – it’s time to look at the programmes of people, not the ones that are hurriedly made but the ones that have been carefully put in place.

“I know and believe that if we think deeply, we will see that among the lot, it is only one ticket that can truly turn Nigeria around, and that is the Atiku/Okowa ticket.

“I thank all others who are in the race but deep in their hearts, they know that we have a balanced ticket in the PDP and that is the best way to go,” he said.

Politics can at times be a dubious game where principles are sacrificed for personal and selfish goals at...