2023 | Buhari to INEC: You Must Not Fail Nigerians — I’ve given you all you asked for 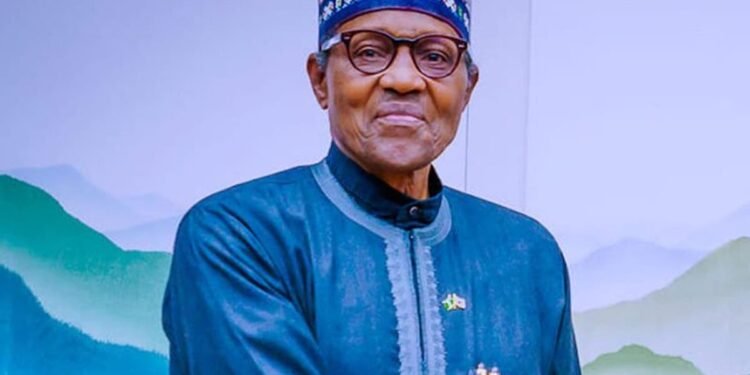 “INEC is ready because I made sure they were given all the resources they asked because I don’t want any excuses that they were denied funds by the government.” -PMB

President Muhammadu Buhari has reiterated his avowed determination to ensure the conduct of free, fair and transparent national elections, whose outcome would be largely accepted to the contestants.

Malam Garba Shehu, the president’s media aide in a statement on Saturday in Abuja, said the president made this position known in Washington DC, USA, at an interactive session entitled, “A conversation with President Muhammadu Buhari of Nigeria’’.

The president said: ‘‘Since 2015, the conduct of our elections continues to steadily improve.

”From the 2019 general elections, the by-elections and the off-season elections in Edo, Ekiti, Anambra and Osun States were conducted in largely improved contexts to the satisfaction of contestants and voters.

‘‘That is what we hope for in 2023. Through the observatory roles of the international community, the credibility of the elections can be further enhanced to make the acceptability of the outcome to the contestants and political parties a non-issue.’’

On democracy in West Africa, Buhari said Nigeria would ‘‘aggressively work together  to improve the quality of governance in the West African sub-Region, where the survival of democracy, is currently challenged.’’

READ ALSO  2023: 'I Was Waiting for Your Preferred Candidate', Tinubu Writes Buhari

He said that this could be done through targeted investments that can enhance dividends of democracy and creations of robust means of livelihood for the people as well as promote accountability and transparency by the political class.u

Buhari said: ”I call on all of you here present, to continue to partner with us and our electoral body, for the needed collaborative efforts which are critical to deepening and stabilising democracy in Nigeria and the rest of Africa.

‘‘The recent reversals witnessed in Mali, Burkina Faso and Guinea are most unfortunate indeed and ECOWAS continues to effectively remain engaged with these countries.

“This is in order to restore democracy to all the Member-States of ECOWAS as indeed the entire African Continent.’’

Buhari thanked Amb. Johnnie Carson, a former U.S. Assistant Secretary of State for African Affairs, and his team for inviting him back to the Institute after the last visit in 2015.

The president recounted his outing in 2015, shortly after he assumed office, wherein he spoke extensively on the vision and the focus of his administration in the three critical areas of security, economy and fighting corruption.

He said: ‘‘I am therefore, exceptionally pleased today, that this stage which served as my opening act has once more presented itself as the curtains are almost being drawn, for the opportunity to share experiences and discuss the last seven and half years.

‘‘When I met you in 2015, I was not unaware of the enormous domestic and international goodwill that I attracted.

“Although I am a converted democrat, and not your run of the mill politician and therefore, less inclined to engage in double-talks.

‘‘My Advisers may not be happy with me in this regard.   I am however, measured in speaking but always certain that the truth I shall speak and this has huge consequences in a political space wherein this is an exception rather than the norm.’’

While responding to a question on the readiness of INEC to conduct the 2023 elections, the president said ”INEC is ready because I made sure they were given all the resources they asked because I don’t want any excuses that they were denied funds by the government.”