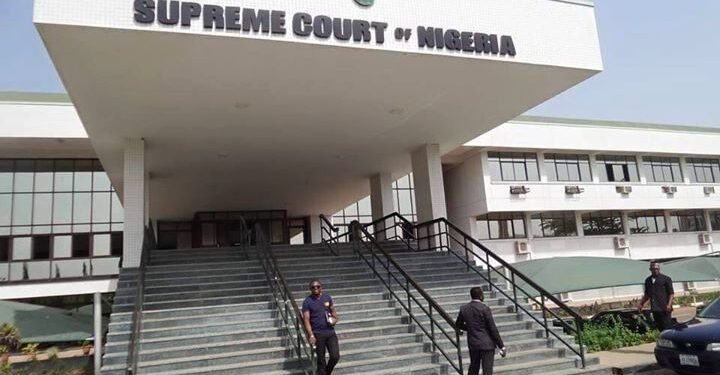 The Supreme Court has dismissed the appeal filed by an energy production and distribution firm, NVT Power & Energy Ltd, against the judgment given in favour of eight communities in Rivers.

Justice Kudirat Kekere-Ekun, in a ruling, ordered the dismissal of the appeal marked: SC/CV/849/2022 filed against the June 7 ruling of the Court of Appeal, Port-Harcourt.

The apex court’s order dismissing the appeal made on Nov. 4 was sequel to an application by NVT Power for the withdrawal of the appeal.

The certified true copy (CTC) of the ruling was, however, obtained on Friday by the News Agency of Nigeria (NAN) in Abuja.

Others are Don-Pedro community and Membere Community, all in Abonnema Kingdom, Akuku Toru Local Government Area of Rivers.

The host communities had, in October 2020, sued the firm at the High Court of Rivers State sitting in Port-Harcourt.

Parties later agreed to a terms of settlement, which Justice A. Enebeli adopted as the court’s consent judgment in the case June 2.

The terms of the settlement agreement was that the communities, “being independent, autonomous communities and the location of the defendant’s several facilities and activities, are entitled to participate and benefit directly from all accruals, rents, contracts, development and economic empowerment.

They are also entitled to compensation, environmental clean-up, scholarships and economic empowerment projects undertaken by all companies including the defendant for their host communities in Abonnema Kingdom in Akuku Toru Local Government Area of Rivers State of Nigeria.”

They were also to “be included in all agreements and or Global Memorandum of Understanding to be executed or entered into between the defendant and its hosts communities in Abonnema Kingdom in Akuku Toru local Government Area of Rivers State of Nigeria.”

The firm was ordered to negotiate with the communities through their lawyers “and pay forthwith to their attorney/legal representative all agreed accruals, benefits and compensation that is due to the claimants communities by reason of the defendant’s activities, operations and facilities within the lands of the claimants communities in Abonnema Kingdom, Akuku Toru Local Government an of Rivers State of Nigeria.”

Justice Enebeli subsequently ordered NVT to pay each of the eight communities N1 million, an aspect of the consent judgment which the firm appealed against at the Court of Appeal, Port-Harcourt.

In a ruling on June 7, a three-member panel of the Court of Appeal in Port-Harcourt, led by Justice Joseph Ikyegh, struck out NVT’s appeal for being incompetent, having been filed without first seeking the leave of the court.

NVT then appealed the ruling of the Court of Appeal at the Supreme Court, an appeal it subsequently withdrew, which the apex court dismissed in its ruling.

The Supreme Court on Wednesday adjourned till February 6, 2023, to decide the fate of Senate President, Ahmed Lawal in...

11PLC Heads to S’Court over Sale of Lagos Continental Hotel

Wike is a Leader Worth Celebrating, Okowa Says as Rivers Gov Marks 55

2023: Days after Release from Prison, ex-Plateau Gov, Dariye to Run for Senate