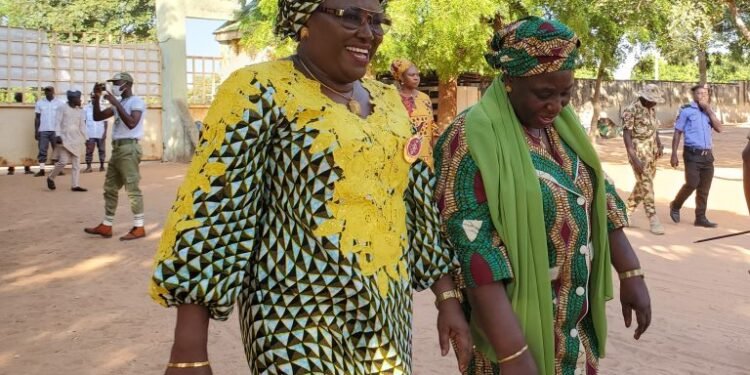 The National Youth Service Corps (NYSC) has warned members of the scheme against engaging in any form of electoral misconduct in the 2023 general election.

The Acting Director-General of NYSC, Mrs Christy Uba, gave the warning during her visit to the temporary orientation camp in Amada community of Akko Local Government Area of Gombe State on Thursday.

Uba said that the scheme had played a critical role in elections over the years in collaboration with the Independent National Electoral Commission (INEC).

She said any corps member involved in any form of electoral offence would face the wrath of the law as stipulated in the Electoral Act.

According to her, it is not compulsory for any corps member to participate in elections, as it remains voluntary.

“If you must participate, you are encouraged to remain neutral and apolitical.

“Do not involve yourself in politics; you are corps members and you have a duty to your country; you have to be careful.

“If you fall foul of the law, you will be treated as any other Nigerian. There is no cover for corps members; when you carry ballot box for anybody; you will go to prison straight”, she said.

Uba said that all corps members who indicated interest in participating in elections were given the required training from the orientation camps by NYSC and INEC officials.

“This training for corps members on their roles during elections also includes the statutory sanctions if they violate the electoral laws.”

She advised all those participating in the 2023 elections to go through the training to get the required knowledge, adding, “remember you cannot give what you don’t have.”

On allegations that clinics in some camps in the country lacked medical supplies, the acting dg said it was not true.

She said: “The welfare of all corps members across the country is always given high priority.

“Their feeding, health and wellbeing is not negotiable; we collaborate with National Health Insurance Scheme (NHIS) and I can tell you drugs are always made available.”

APC Ticket: The Competition is Over! Now is Time to Retain Power, Tinubu tells Fellow Aspirants