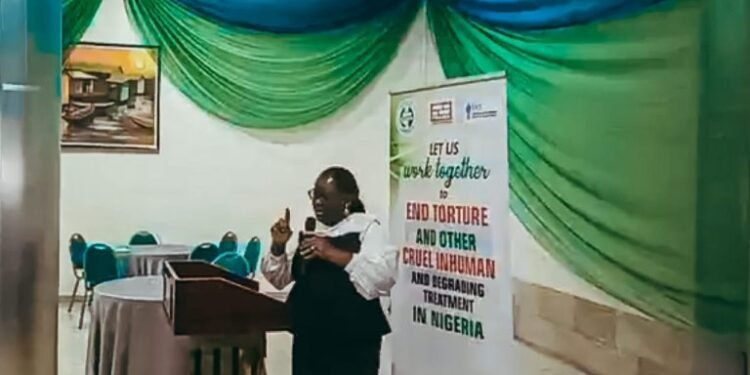 The Prisoners’ Rehabilitation and Welfare Action (PRAWA) has called for reforms in security and Justice sectors to bring to account perpetrators of torture and rehabilitate victims.

The Executive Director, Dr. Uju Agomoh, made the call in a statement on Wednesday in Abuja.

Agomoh who is also a member of the United Nations Sub-committee on the Prevention of Torture, acknowledged the several commendable efforts of the Nigerian government towards ending torture.

These, she said, were in the ratification of almost all international and regional human rights instruments on the prohibition of torture and the enactment of national laws.

She said government interventions were targeted at torture prevention, protection of victims and making perpetrators accountable.

The executive secretary, however, noted that the several efforts of the government are yet to yield the desired results.

“Torture is still in use and there are no government mechanism to support the rehabilitation of torture victims and survivors.

“We will reform the initiatives in the security and justice sector to curb the incessant rate of torture.

“It is our collective responsibility to ensure that the rights of all citizens irrespective of status and standing in the society are protected,” she said.

The PRAWA boss said that the organisation was committed to advocacy, education and promotion of the use of technology in providing counselling support to torture victims and survivors.

Agomoh assured that PRAWA would also provide support to relevant institutions of government to address the challenges.

By Sam Kayode  The Governors of Borno and Rivers State have emerged winners of the 2021 Human Rights Awards. The...