Wike is a Leader Worth Celebrating, Okowa Says as Rivers Gov Marks 55 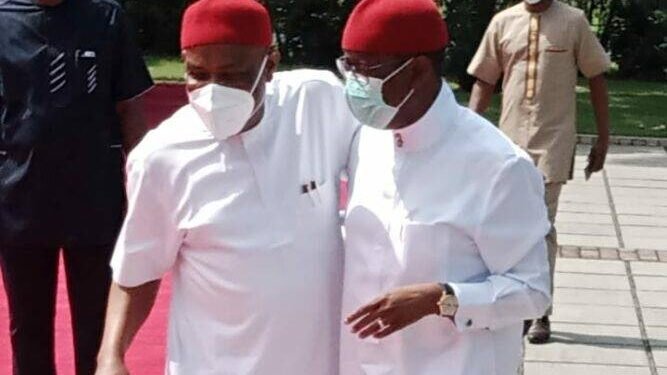 In a statement by his Chief Press Secretary, Mr Olisa Ifeajika, in Asaba, Okowa said that Wike was a leader worth celebrating for his impressive achievements in the governance of Rivers.

He commended him for his contributions to the growth of the polity as a chieftain of the PDP and a statesman.

The governor said that Wike had etched his name in the sands of time with his numerous landmark achievements in Rivers, particularly in Port Harcourt, where he had successfully renewed the city’s landscape with key infrastructure, including flyover bridges and roads.

“On behalf of the government and people of Delta, I congratulate my dear brother and Governor of Rivers, Ezenwo Nyesom Wike, on his birth anniversary.

“The people of your state, the South-South and Nigerians are proud of your sterling and laudable accomplishments in the administration of Rivers.

“As you celebrate this year’s anniversary of your birth, it is my prayer and that of the government and people of Delta that God grants you greater wisdom and good health to continue rendering service to Him and mankind,” Okowa said.

(PRESS RELEASE) TransAfam Power Ltd, a subsidiary of Transcorp Group, has announced the completion of the rehabilitation of its Afam...