REBUTTAL | DHQ: Nigerian Military Not Under Pressure to Compromise 2023 Elections 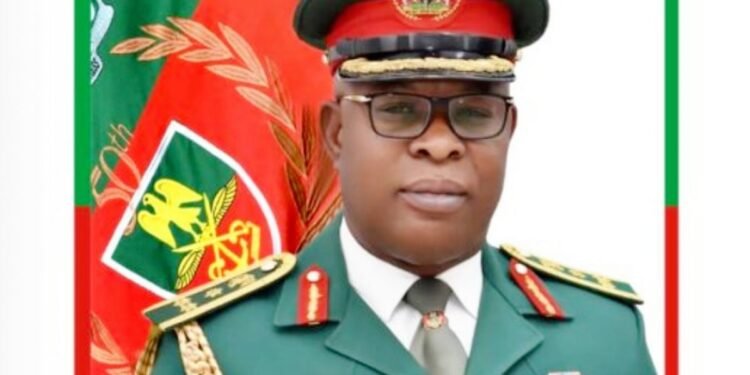 NIGERIAN MILITARY, SECURITY AGENCIES NOT UNDER PRESSURE TO COMPROMISE 2023 ELECTIONS

The attention of  the Defence Headquarters has been drawn to several headlines and news purporting to suggest that the Chief of Defence Staff, General Lucky Irabor CFR, had alluded to the military (and other security agencies) being under pressure to compromise the 2023 elections.

This impression was reportedly made during the 61st Session of the State House Briefing, which featured the Chief of Defence Staff on 8 December 2022.

The Defence Headquarters however, wishes to say categorically that, this impression is not only erroneous, but false and a deliberate or inadvertent attempt to twist what was said, to convey a sinister meaning.

It is pertinent to mention that the referenced briefing was broadcast live on Nigeria Television Authority – NTA Channel 419 on DSTV and Channel 46 on GOTV. After the briefing by the Chief of Defence Staff, one of the  correspondents asked, “You have spoken on military neutrality in times of elections. Specifically, based on what the Commander-in-Chief directed. Just this week, the President gave a directive to the Armed Forces to remain neutral during the 2023 elections. But my worry is that, politicians have a way of piling pressure on security forces and we are witnesses to some of the things that occurred in the past exercises. Now, given this kind of scenario, where politicians or political actors try to pile pressure on your men, how far have you prepared to go to ensure that neutrality as directed by the President is protected?”

In response, the Chief of Defence Staff said,

“I am glad you reiterated what the Commander-in-Chief said or his directive to the Armed Forces. I am afraid you said you had to worry. Rather than worry, I would think that trust in our cause (is paramount), why? Of course, in our training, there will always be pressure from all quarters, wanting to induce security forces, not just the military, security forces. That is what criminal enterprise is all about, that is what someone that is wrong is all about. But, what makes the difference is, the professional approach in dealing with the issues, and that is what the military intends doing. That is the reason why we have ramped up our training in that regard. Sensitization, a lot of engagements across formations and units are going on daily. And then, moreso, to articulate Code of Conduct for all our personnel, which has been done and distributed. So, what, why we should act before, during and after the elections? These have been codified in SOPs (Standing Operating Procedures) issued to them. And so, it remains the duty of commanders to ensure the directive as indicated, that the content of SOPs is adhered to by every personnel of the Armed Forces. So, my good friend, please cease from worrying, rather trust and also engage others to trust that we will keep faith with these desires that we have.”

The Armed Forces of Nigeria however, stands ready to aid civil authority in assuring free and fair 2023 elections. Already, ongoing military operations all over the country (in collaboration with the Nigeria Police and other security agencies), are creating enabling environment for electioneering campaigns to hold.

These military operations would be escalated or re-calibrated, when called upon to do so, to support the successful conduct of the 2023 elections.

The Defence Headquarters  therefore, seriously frowns on misrepresentation of the military leadership at any forum at this critical time of our nationhood.

The Independent National Electoral Commission (INEC) has said members of the transport unions must subscribe to the oath of neutrality...