Peter Obi: Popular in Nigeria, Popular in the USA — analysis by Valentine Obienyem 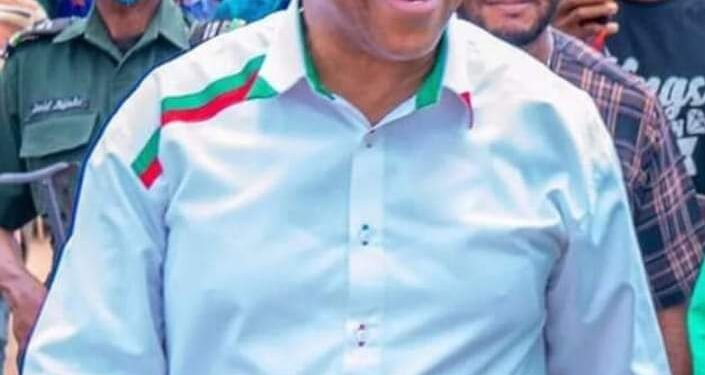 It is no longer news that Mr. Peter Obi is the number one news in Nigeria. His popularity is indeed beyond compare. It is evident everywhere, especially when he travelled to the states of America such that any person who seeks to deny that fact is being untruthful to himself. I was with him in his last trip to the USA and observed his phenomenon at close range.

He is the only candidate that enjoys spontaneous support from Nigerians, both old and young, men and women, across the known world. By what concourse of factors did he achieve such follower-ship that no other person in recent Nigerian history could possible boast of? Is it through his inclination to political sanctity? Is it because of his manifest vast knowledge of the economy? Is it because of his comparative knowledge of the countries of the world? Is he imbued with political magnetism? Why?

The Obi phenomenon is the creation of Nigeria’s history of consistent pursuit of bad governance. Bad governance flourished because the citizens of the country were complacent and supported it. It is only in Nigeria that public servants are expected to get everything possible from the state they are expected to serve. The few that come back empty-handed are regarded as stupid for trying to behave like citizens in Plato’s Republic rather than those in this real world where corruption and other vices rule like an unchecked despot. Nigeria is largely seen as an object that could be exploited at will.

Until the contrary is proven in 2023, it is indeed those that work in INEC, security forces and other citizens employed as ad-hoc staff that politicians readily suborn to rig elections. It is suffering Nigerians that are given millions to share during elections to subjugate the will of the people. The unfortunate consequence is that while countries that want genuine progress for themselves were busy reforming their leadership, Nigerians felt it did not matter and things steadily went out of hand until it reached the boiling point, where it presently simmers to the discomfort of everybody.

Today, when one talks of degeneracy, Nigeria is at the forefront. In the early eighties, we witnessed austerity and other measures and cried Today when we look back, those times seemed like heaven on earth when we compare what is happening now.  Things have got so bad that most Nigerians are now compelled to think inwards about the trajectory of their country. Today, the hard times in the country have even affected those that were immune to it in the past. How many wealthy Nigerians travel to the countryside? Who enjoys peace of mind in the Nigeria of today? How many farmers still confidently go to their farms? Examining the roll of victims of kidnappings, are Generals and other elite not amply represented? These are necessary questions that should agitate us today. We have suddenly realized that if we continue the way it used to be, Nigeria would become another Somalia. We are already on the road to that but urgently need a leader to stop that deadly slide.

Now, having involuntarily agreed among ourselves that the old order needs to be brought down for Nigeria to start anew, the next task is whose shoulders are sturdy enough to carry the stress and storms of the needed peaceful revolution. It pays to look at the people’s antecedents. Who among the candidates has remained married to virtues with adamantine consistency?  Who among the contestants can be trusted to deliver the goods for the country? Who among them enjoys the health of body and spirit to lead this journey? It is being untruthful to ourselves to deny, as some people do, that physical health matters only but a little as the task of governance is not a wrestling bout. Who told them? Governing the Nigeria of today can be compared to the “pankration” games, because the leader we need now should be able to wrestle with ideas, principalities, known and unknown forces, in order to set Nigeria back on her feet.

After thorough and painstaking comparison, it is obvious no other contestant comes near Obi in terms of integrity, hard work, commitment and detection of the fire of reforms burning glowingly in him. He is a solid family man, untouched with any scandal of gallantry or intrigue or liaison. Like many Nigerians determined it was about time they took back their country, Obi is exasperated about the condition of Nigeria and he voices it out at every opportunity. You measure a man’s interest in the affairs of his country by how he consistently, in season and out of season, shows interest by proffering solutions, condemning bad policies, analyzing the economy and offering advice. Patriotism cannot be defined in terms of seasonal noise as we witness from some quarters.

Beyond all the fore-going, Obi also represents the new face of purposeful leadership that has taken flight from our dear country and many other African countries. We easily know this from the leadership revolution he unleashed in Anambra State. Today, the skyline of the state is dotted with his trade-marks. After the showmanship of his successor, every reference to good leadership is circumscribed to what he did. Shall we sample some?

Perhaps let us do so by way of summary. After being acknowledged as the best Governor in all developmental indices of the Millennium Development Goals (MDGs), having improved the schools, the health system, ease of doing business beyond compare, the environment, pulling people out of poverty, he also left over 75 billion naira in the coffers of the State. He left surplus when others were leaving debts. If one thinks it is an ordinary achievement, one should juxtapose it with what his successor left.

Nigerians know Obi through his deeds much as they know his opponents through their corrupt deeds. They know Obi as a man inflamed with a patriotic resolve to rebuild the country. No wonder Nigerians are united in seeking his intervention. He is indeed a revolutionary force that has changed the nation’s political landscape. He exemplifies belief in the capacity of Nigeria to become a better governed country. Lest we circumscribe him to Nigeria, his fame has extended across the world.

While right-thinking Nigerians are eulogizing him, some corrupt ones, feeling threatened at what becomes of them if he ascends to power, present him as a purveyor of hopelessness. Every day, you hear people asking to see those he mentored. But what is more to mentoring than teaching the people positive values? Rev. Fr. Cosmas Ebebe wrote a book on him entitled, “Obi, The Teacher of Values”. What else do we gain more than a man who ennobles the society?

Other contestants mistake mentoring as improving the fortunes of a gang of thieves, which is through entrenchment of corruption. This is the only reason some mindless and wicked fellows are striving so hard to impose on us a man who is evidently both physically and mentally exhausted. They know it would only feather their nests even when the country dies.

Lest you think of Obi as just a fleeting Nigerian phenomenon, the observation of this writer who just returned from the USA with Mr. Peter Obi is instructive. Everywhere we went, he was the cynosure of all eyes as the new face of the continental Africa. He is no more a free man, because he is “suffering” the merit of his character. He can no longer move freely as you and I do. I personally witnessed over 10 blacks that came to great him, took pictures with him and assured him that he has inspired a quiet revolution on the Continent. Shall we name their countries? One introduced himself as a Sierra Leonean; the other came from Mail; one was from Uganda; another from Togo, among others. They were all happy that Africa is today agitated by his actions.

While in the USA, he met with over eight groups in two days. Surprisingly, all the groups are conversant with “Obidients” and analyse it so perfectly as the prospect of good governance threatening entrenched old order of corruption and bad leadership. This is why the attraction is continental.

In the 1960s, we talked about African nationalists that snatched freedom from the jaws of colonialism. African countries thought that with freedom, Africa would develop in sync with the rest of the world. Alas, corruption and bad leadership became our woes. Today, African is witnessing another renaissance of leadership led by one man. That which most Nigerians describe as a movement is already self-propelling.

As we prepare to go to the polls, let us remind ourselves that the hope of Nigerians now lies on Obi’s presidency. Evidently, there is nothing in Nigeria today more startling in the history of governance in Nigeria than the sustained rise of Obi, or more comforting than the thought of his becoming the next President. As for the reckless fringe striving to take us back to Babylon, may I remind them as I have often done that Obi is an eagle whose wings are grown; we cannot keep him in the nest or hinder his flight that will assuredly unite a nation mercilessly weakened by division.

•Obienyem sent this piece from Abuja.

A coalition of former militants and agitators in the Niger Delta region have declared support for the candidacy of Mr....

SPEECH | To You, the Good People of Borno State, By Prof. Babagana Zulum

APC Fixes May 23 for Screening of Tinubu, Other Presidential Aspirants