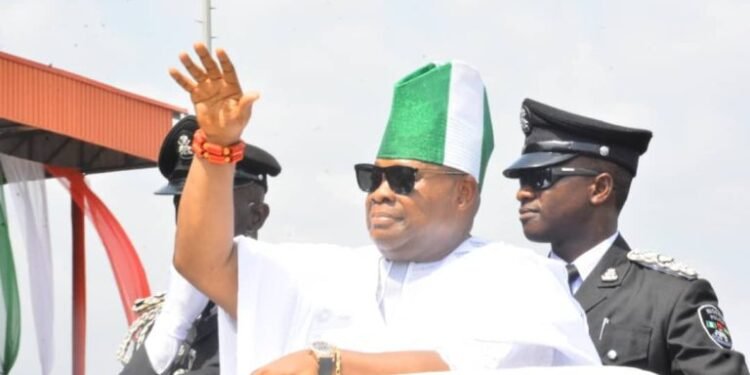 Governor Ademola Adeleke of Osun State has given former officials of the state that served under former governor Gboyega Oyetola  a two-day ultimatum to return government property in their custody.

Adeleke, in a statement by his spokesperson, Olawale Rasheed, warned of severe consequences against non-compliance.

Adeleke said: “The full weight of the law shall be visited on any former official that refuses to comply with the directive,” the statement quoted Adeleke as saying.

The statement decried the large scale diversion of government assets by top officials of the immediate past administration.

“Most Ministries, Departments and Agencies have been stripped of operational assets like vehicles, computers and even residential fittings.

“Residences of some top officials were equally pillaged even to lamp fittings.

“We have an embarrassing situation here; any former official, who refuses to comply with the directive, will face the full weight of the law,” the statement warned.

By VIctor Adeoti The Osun State Election Petition Tribunal sitting in Osogbo on Friday nullified the election of Gov. Ademola...