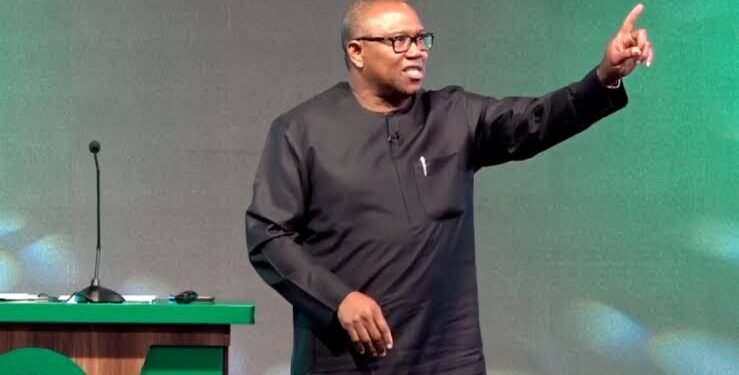 “We will interrogate the issue of subsidy so detailed and know exactly what is happening. If some people drink fuel, we shall stop them and make them start drinking water again,” Obi said.

Presidential Candidate of the Labour Party, Mr. Peter Obi, has vowed that his administration, if elected president, will interrogate ongoing subsidy regime and stop those drinking fuel and make start drinking water.

He also appealed to Nigerians to interrogate those who seek to lead them in order to appraise their qualifications for the job.

Obi said these while speaking weekend at the Annual Conference of the Nigeria Institute of Architecture at the International Conference Centre, Calabar,

Obi, who described all those vying for the position of the president as applicants, said that the interface with Nigerians at different fora represented  interviewing sessions whereupon each applicant should tell Nigerians who he was, his family and educational background, as well as his antecedents in public offices.

He said any person who was unable to do so or whose narration was crooked should not be voted in as it was a mirror of how crooked a leader he would turn out to be.

Obi who took time to go through what he would do, said that fighting security and uniting Nigerians would be his priority if hired to manage the Nigerian Corporation.

Describing the task of leading Nigeria at this particular time, Obi said it should only be for those who are both mentally and physically fit and not those that seek to govern through third parties.

“You can even know them now. Rather than speak to Nigerians in order to be held responsible by their speeches, they speak through spokespersons.

Reeling out many problems confronting Nigeria and using statistics to back them up, Obi said that one major problem he would tackle was the issue of subsidy, which he described as “organized crime”.

“Pakistan has more extensive road network than Nigeria, but we spend far more fuel than they do. We will interrogate the issue of subsidy so detailed and know exactly what is happening. If some people drink fuel, we shall stop them and make them start drinking water again,” Obi said.

Obi  who gave graphic and month to month theft of the nation’s crude, said that going by the amount of money the nation losses, even the President,  metaphorically speaking, should take his entire staff and be guarding oil installations.