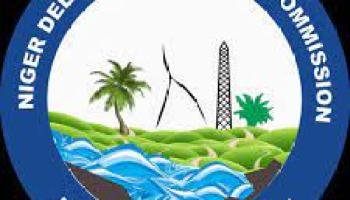 It is now obvious that some politicians in Nigeria prefer the gutter of infamy to the hallway of integrity and honour. If not, how do you place the blatant lies and obvious misrepresentations by Nyesom Wike, governor of Rivers; Adams Oshiomhole, former APC Chairman and Ovie Omo-Agege, the deputy president of the Senate?

The trio and their army of recruits went overboard with their spin of falsehood over the status of the 13 percent derivation arrears. Wike, the emperor of Rivers state, whom his constituents have accused of running the state like his fiefdom, set the ball rolling when he declared that all the money he’s using to build flyovers was from the accumulated 13 percent derivation which the previous governments refused to pay but was paid by the Muhammadu Buhari government.

This is sheer fallacy. Sadly, some Nigerians have bought into this cheap lie, meant primarily for self-glorification of Wike and to discredit the previous PDP governments as well as the governments of the oil-bearing Niger Delta states.

For the sake of decency and sanctity of facts, it is imperative to present the true picture. Records at FAAC  (Federation Account Allocation Committee) show that the Federal Government has not paid 23 years arrears of derivation fund. What was paid to affected states was only ten months installments in accordance with the order of court which ruled that the arrears be liquidated “in sixty equal monthly installments” and disbursed to states quarterly,  starting from February 2022, the first quarter being  February to April 2022. This means that only 10 months out of the 60 monthly installments have been paid with the remaining 50 months yet to be paid.

The story of the 13 percent derivation has a history. In 2021, some states approached the court to press for the payment of outstanding deductions on the derivation fund which the Federal Government was reluctant to pay.

READ ALSO  Blasphemy/Deborah: This Monster May Consume the North

The court cases were triggered by the $62 billion the Federal Government recovered from some oil companies but which the Federal Government was stalling to disburse to the states.  Justice Taiwo Taiwo ordered that $1.114 billion be paid to Rivers State, while $2.258 billion be paid to Akwa Ibom State, being their claims from the $62 billion recovered from oil companies.

The court further awarded a post-judgment interest of 10 per cent in favour of the plaintiffs until the final liquidation of the debt. Plaintiffs in the suit were the Attorneys General of Rivers and Akwa Ibom states.

Also, in November last year, a Federal High Court in Abuja ordered the Federal Government to pay the sum of $1.638 billion to Delta state, being 13 per cent derivation sum due as arrears to the state.

Justice Donatus Okorowo, while delivering the judgment, held that Delta like other oil-bearing states as part of the Federation deserves its share of the oil revenue.

In all these cases, the Attorney-General of the Federation (AGF), Abubakar Malami, was the sole defendant, meaning that the President Buhari government was unwilling to pay the arrears. Truth is, the Buhari government is too broke to even attempt paying the arrears in one fell swoop. No governor in the Niger Delta has received the whole arrears, Wike should explain to the world how he was able to receive his state’s arrears which was premised on a judgment of last year, as he claimed. Did the Federal Government single out Rivers state for special favour? Wike as a lawyer should know that the court order said payment should be made “in sixty equal monthly installments, ” meaning over a period of five years.

Both Akwa Ibom and Delta have said they started receiving the arrears this year after the judgment of last year. It, therefore, amounts to mischief for anyone to insinuate that all the arrears have been paid.

As it now stands, only 10 months out of the 60 monthly installments have been paid with the remaining 50 months yet to be paid. So, how did Wike, Oshiomhole and Omo-Agege invent their spurious figures?

Governor Wike was obviously playing to the gallery, as usual, when he asked other Niger Delta state governors to explain what they did with their money. He has ipso facto constituted himself into an ombudsman, a foreman superintending over other states. By commissioning flyovers and streaming the event live on at least four TV stations, Wike thinks of himself as a super star governor. This is the hallmark of an egoistic, power drunk leader intent only on self-glorification.

Somebody should tell Wike that the flyovers he celebrates on TV are being built, some even better, by the governors of Delta and Akwa Ibom without attracting undue attention to themselves. Wike should know that in terms of human development index especially in education and healthcare, he does not come any close to Delta and Akwa Ibom governors. The well-structured small and medium enterprises scheme in Delta is second to none in the country. Aside winning both local and international awards, it has empowered the youth of Delta state such that yesterday’s job-seekers have become today’s wealth creators.

But it’s obvious why Wike is tearing himself up. He is a sour loser. Since he lost the presidential ticket of the PDP, deservedly, and the vice-presidential slot, more for his intemperate character than anything else, he has gone wild like a sheep in a salt market; eating every salt in sight without knowing when to stop.

Wike has once again proven that he is the master of misinformation and disinformation. How could any governor have received all the arrears when the judgment was only delivered last year with a caveat for the arrears to be paid over 60 months?

By giving glory to Buhari, Wike further exposed his mischief. The judiciary, not Buhari, deserves the glory because the judgment was delivered against opposition from the Buhari Federal Government.

In all of this, the biggest loser is Omo-Agege, the APC governorship candidate in Delta. By choosing to spin fibs and dish out blatant falsehood, Omo-Agege is telling Nigerians, especially, Deltans, that the snatching of mace incident linked to him in 2018 is child’s play compared to the colossal damage he’s preparing to do to democracy in 2023. Little wonder Deltans have roundly rejected him before ever the first ballot is cast.