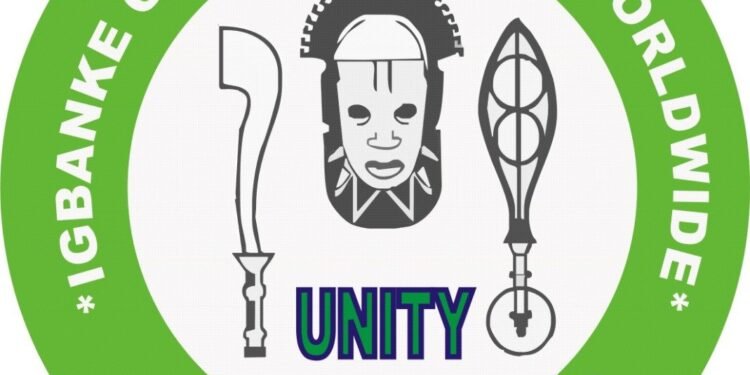 Oligie Community will this Saturday, November 26th, 2022 play host to the annual conference of the Igbanke General Union Worldwide which this writer thinks will be the mother of all general conferences of the Union since inception decades ago. And it is with a sense of nostalgia that this piece was penned.

Igbanke is a sprawling community on the Eastern flank of Orhionmwon local government area of Edo State, a predominantly agrarian community comprising of six traditionally semi-autonomous communities with their distinct traditional practices, mores, lore, underlined by the festivals, dressing, some languages, among others that make it a sort of rainbow of excitement and attractiveness. And those who know have exploited this rainbow potentials of Igbanke to good and profitable use.

In the last couple of years, Igbanke has witnessed unprecedented transformations in infrastructure occasioned and basically engendered by the crop of leadership that each of the communities are putting forward and worthy of mention are the developmental projects being propelled by the Oligie Development Forum (ODF) coordinated by Godfrey Adozi and his group on WhatsApp, and the umbrella Igbanke General Union Worldwide being led by Engr. Arthur Osaretin Usiagwu.

Being a freeborn of Oligie, this writer is enthused that Oligie town hall will be the venue of the 2022 conference of Igbanke General Union Worldwide. This is because in his thinking, Oligie Development Forum (ODF) will use the opportunity to showcase, and probably teach others who have not boarded the train, how to use information and communication technology to transform a community. It is an opportunity for the ODF to advertise its scorecard to the international community of Igbanke indigenes how the Forum, merely by asking and appealing, have raised funds to execute remarkable and awe-inspiring projects in the community.

It is instructive to note that with the strategic importance of Igbanke by virtue of its location and agrarian potentials, as well as its pride of place as the most viable community in Orhionmwon local government area, the last known and remarkable presence of government was during the tenure of Comrade Adams Oshiomhole as executive governor of Edo State. Comrade Oshiomhole executed some road projects that are today still very impactful to community and even beyond. Since after that tenure, government presence has diminished to ground zero. This writer stands to be corrected. That has propelled the community to resort to self-help and the results of that effort will be highlighted shortly.

It is not possible to write about Igbanke without being nostalgic. Growing up in the community was fun and schooling in Igbanke Grammar School built by the administration of Brigadier Samuel Osaigbovo Ogbemudia was a privileged exercise in academic adventure. Igbanke Grammar School was a mecca of sorts for those who seek academic excellence in an environment comparable to any school of similar peerage and pedigree nationwide. For those of us who grew up in Igbanke we benefitted immensely from the cosmopolitan nature of Igbanke Grammar School which boasted of students and teachers from all over the country and beyond. Or is it easy to forget the impact made by Mr. Maholtra from India (who taught us Mathematics), Mr. Yusuff from Northern Nigeria (who taught us History), Mr. Agwigwo “from Awka” (Anambra State) who taught us Economics and Mr. Bankole, a Yoruba man who was reputed to have offered a prayer that cleared a potential rainstorm that threatened to disrupt our interhouse sports competition?

It is instructive that since 1979 when this writer graduated from Igbanke Grammar School, no government project has been visited on the school. This has led to wanton decay of infrastructure in the school where the University of Ibadan once established an “experimental research station” for one of its departments. This trend of decay was reversed beginning from 2018 when Mr. Jacob Erhabor and his group formed the Igbanke Grammar School Development Association which is overseeing the redevelopment of the school through the contributions of the old students. All are within the realms of self-help and remarkable landmarks have been established.

On development projects and achievements, Oligie Development Forum has a lot to showcase to the visitors if the need arises, and a lot of lessons could be taken away from the conference by those who have the spirit of discernment on how collective interests properly galvanized by those who share a collective vision could lead to the achievement of unprecedented developmental projects. Since 2019 when the group came on stream, the following projects are to its credit and many more not included here: Palace entrance gate, Vigilante House, Police Station, Vehicles for Vigilante Group, other working tools for the group for effective operations, Vehicle donated to the king, among others. This is remarkable for a community that cannot boast of any remarkable government presence or a “son of the soil” in any top position in government. This is achievement made within the realms of self-help.

For Engr Arthur Usiagwu and his executive committee members who have the privilege of hosting delegates to this all-important conference, they also have a lot to showcase in terms achievement. Since the inception of this executive, many intervention projects have been handled and they include and are not limited to: restoration of the old court building, renovation of the old residency building and turning it into a museum of sorts, installation of solar electricity in different communities, repair of the drainage system that was at the brink of collapse. Apart from these, the president – general has also personally donated a block of three classrooms to Igbontor Primary School (apparently the school he attended), among other intervention projects.

Igbanke indigenes have also as individuals and collectives embarked on projects that have become very impactful in the much sought for Igbanke renaissance. And the tempo is getting to a frenzy. Easy to mention include the renovation and facelift given to Oligie Primary School solely sponsored by Navy Commander (rtd) Sunday Ngegu, and the ICT Centre being developed in the same primary school by a diaspora-based group.

The movement to give Igbanke a facelift is not isolated and localized as Engr. Arthur Usiagwu has personally engaged with Igbanke people in the diaspora on the need to give back to their home as after all their universal sojourn, the place to take a rest is Igbanke. The achievements so far made in this regard if replicated nationally could make Nigeria a country to be reckoned with in no time. And all these are being done without self-effacement. The result is that Igbanke is coming!

It is imperative at this point to note that Igbanke could do with a little government presence. This author recalls that the government of Mr. Godwin Obaseki, the executive governor of Edo State has not been fair to the community in any ramification. Igbanke today has no electricity and the community has also resorted to self-help in that direction. The hitherto nondescript electricity supply from Irrua station is being calibrated to get the community supplied electricity from Agbor and this is coming at cost. At the latest count, it was reported that the community is being billed over N6 million to achieve parts of the project. I know my people: they will do it because as they say in their local parlance, onu kuku ma, ogbu offifi. At the time of penning this piece, somebody on the Oligie Development Forum WhatsApp platform has already made a remarkable contribution towards the realization of the project.

One expectation from this conference is that each community will be given a sum of money to contribute to the electricity project and given a marching order with deadlines on when to make deliver. This will be achieved because there is no limiting and diminishing the capacity of a people who are bent on changing and reversing the narrative of inexplicable negligence by those who were elected to ensure they get a better life.

Another take home from the conference, it is expected, is how to ensure even development and representation of all constituent units in the developmental schema of the entire community. For us, growing up, Igbanke comprised Ake/Obiogba, Idumodin, Igbontor/Idumuiru and Omolua. Oligie and Ottah were treated like outsiders looking in. That obviously explains why the Igbanke Grammar School, Igbanke Library, Igbanke General Hospital, Igbanke Police Station, General Post Office, a branch of New Nigerian Bank (when it was still operational), Water Works, Rural Electrification project were established within half a kilometer radius in Idumodin, Ake/Obiogba and Igbontor/Idumuiru communities. It took the administration of Prof. Ambrose Alli as governor of old Bendel State for Oligie and Ottah as well as Omolua communities to get a mixed secondary and a girls’ secondary schools respectively. This is considerably lopsided.

It is expected that from the soul of this conference that will be holding this weekend, a new development agenda that is mutually all-inclusive will be formulated that will engender a voluntary buy-in by all sons and daughters of the community both at home and in the diaspora. It is also hoped that the tempo of development will be sustained to the level that will be attractive enough for government and corporate investors to commit to mutually cooperate for the good of all.

As Igbanke General Union Worldwide meets this weekend for its 2022 annual conference at Oligie, this is wishing Engr. Arthur Usiagwu and his executive committee successful deliberations, and for all those attending both as delegates and observers, this is wishing you a safe trip to and from the conference. ENJOY OLIGIE.