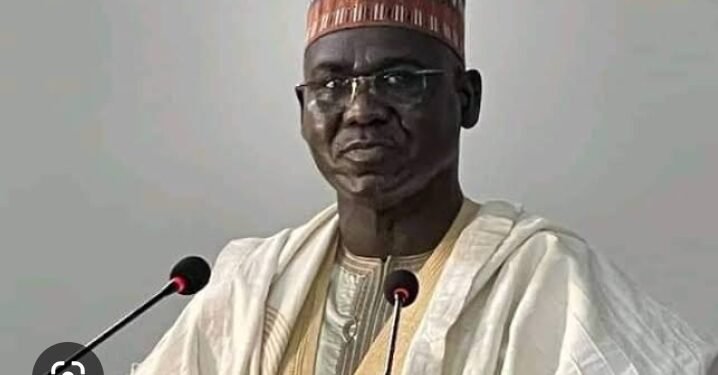 The children who attended the public presentation of the children’s book and animated narrations on Lt. General Tukur Yusuf Buratai, the former head of the Nigerian army, departed the event with mind-blowing accounts of the retired army chief and would want to be like him. This was further supported by the myth, in which many depicted the longest-serving Army Chief in Nigeria as the embodiment of boldness, valour, and power.

Many people present in the Silverbird venue’s auditorium at the time did not also comprehend the myth until the General himself revealed it. For the kids, even the general can’t change their minds about the legend that Tukur Yusuf Buratai killed a lion at the age of 17 to protect his town from one that wouldn’t let them go to their farms and work their crops.

General Tukur Yusuf Buratai was portrayed in the movie as the Soldier of Soldiers and a warrior prophesied to save the Buratai people. As it was stated on Tuesday during the Public Presentation, the movie also depicted the bravery of the former Nigerian Army Chief when he led his troops to save the town of Buratai in Biu local government area of Borno state to liberate the village from the clutches of Boko Haram fighters.

The two occurrences described in the story have exposed a personality that will stick with many children who will encounter the book and movie, moving the audience at the presentation to incline to the messages the book is trying to imprint on today’s reading culture by using our local champion to build up courage and determination to make a difference.

Dr. Liz Ben-Iheanacho, the book reviewer, has started a motion for more to be done in her tales. She thinks the narrative and animation are yet another mind-blowing experience that add to the author, Dr. Abubakar Sani’s, description of the bravery story. “This is the tale of a brave young man who made it his mission to save his community from a raging lion that had been attacking his hamlet for years and had even killed two farmers. It was a heartwarming tale that will help young readers grasp the larger picture as they grow up and prepare for adulthood.”

General T.Y. Buratai effectively moved to Maiduguri, the capital of Borno state, where he ran the theater command while serving as Army Chief. He fought in numerous fights that resulted in the liberation of numerous local governments, villages, and other regions that had previously been under the control of Boko Haram forces.

The General was described by service chief representatives who testified at the event as going above and beyond the book to forge relationships not only within the military as a whole but also as a representative of the Nigerian states where he served as Ambassador and within the political cycle where he currently served. Lieutenant General Buratai, who overcame one of Nigeria’s most heavily guarded terrorist strongholds, is more than just a hero.

Any of us can be a hero, according to the children’s book and animation that was just released to the Nigerian public. Heroes are therefore those who came, saw, and conquered. Yes, we do have a lot of heroes, but oddly enough, not all of them are legends. Lieutenant General TY Buratai possesses both of these qualities as well as many more.

The heroic display in an epic battle to once again defend the town of Buratai from the mauling fighters we all know as Boko Haram is what his stories have left in the memories of schoolchildren who read about him today. He oversaw the Nigerian Army, which had a significant role in saving our country from the harsh strangulation of insurgents and criminal gangs operating for a decade in Borno, the Northeast, and other parts of Nigeria, by courage, selfless sacrifice, and great leadership.

The youngster Tukur Yusuf Buratai, who, according to the legend, killed a lion at the age of seventeen, accepted fate as the savior of the people and helped shape him into the man he is with the aid of a teacher. Dreams became reality when he was accepted into the prestigious Nigerian Defence Academy Kaduna as a member of the 29 Regular Combatant Course on January 3, 1981, and was commissioned as a Second Lieutenant into the Infantry Corps of the Nigerian Army on December 17, 1983, fulfilling what is allegedly a prophecy about him.

He served as a military observer for the United Nations Verification Mission II in Angola while assigned to the 26 Amphibious Battalion Elele, Port Harcourt, and afterwards the 26 Guards Battalion, Lagos, at the Lagos Garrison Command Camp. Before becoming a Directing Staff at the Armed Forces Command and Staff College, Jaji, Lt. Gen. Buratai worked as an administrative officer at the State House in Abuja, the 82 Motorized Battalion, the 81 Battalion in the Bakassi Peninsula, and Army Headquarters Garrison in Abuja. He received the prestigious “Pass Staff College Dagger” (psc(+) designation for this work.

After that, he worked for AHQ Dept of Army Policy and Plans in Abuja and HQ Infantry Centre Jaji’s Assistant Chief of Staff Administrative Matters. He was also Director Dept. of Land Warfare at the Armed Forces Command and Staff College once more when he was named Commander 2 Brigade, Port Harcourt, and Commander, Sector 2 JTF Operation PULO SHIELD.

He was appointed Force Commander of the newly reconstituted Multinational Joint Task Force (MNJTF) under the auspices of the Lake Chad Basin Commission and the Benin Republic, a position he held until he became Chief of Army Staff and remained the longest serving in history. He was appointed Commandant of the Nigerian Army School of Infantry, Jaji, upon promotion to the rank of Major General. Subsequently, he was appointed Director of Procurement DHQ.

When Buratai was a small child, he came face to face with a monster that had blazing red eyes. His life may have been changed by this experience, as we may infer from his story today, which has left an impact on military history.

Additionally, he helped to refine the history of emisaries in Nigeria. As this book and animation narrative continues to sell and his name continues to be mentioned by teachers and students who would discuss him and recount his story, he is currently shaping political books to leave his name on these historical pages.

•Terrorists fleeing from their hideouts... •Another war asset degraded   By METROWATCH Reporter   It's no longer news that the...