Drug Trafficking: As FBI Reports No Record of Arrest against Tinubu, US Court Reaffirms Documents on Him VALID 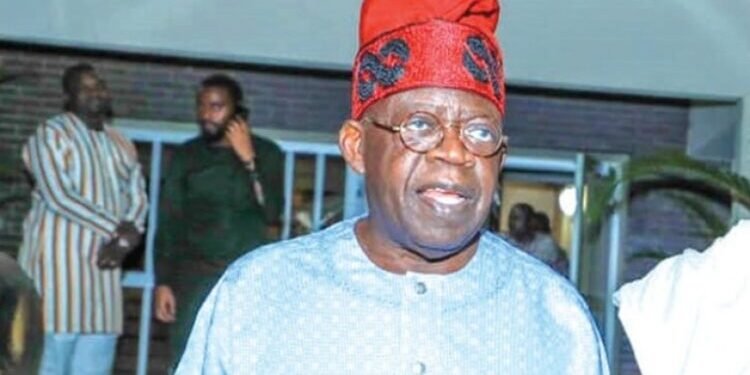 A fact-check by PRNigeria has finally unraveled the true circumstance of Asiwaju Ahmed Bola Tinubu’s involvement in a fraudulent drug deal in the United States.

Recently, Tinubu, the presidential candidate of the ruling All Progressives Congress, APC, has been in the media spotlight over alleged drug trafficking.

Both social and traditional media were recently awash with claims that a 53-page certified document released by a US court indicated that Tinubu was a drug lord convicted in the US.

But in a letter dated February 4th 2003, which emanated from the US Consulate in Lagos, addressed to the then Inspector General of Police, Tafa Balogun with reference SR.3000/IGPSEC/ABJ/VOL.24/287 and obtained by PRNigeria, the United States clarified that a record check on then Governor Bola Ahmed Tinubu returned negative for any criminal arrest records, wants, or warrants for Mr Tinubu “(DOB 29 March 1952).”

It further clarified that its check was based on the Federal Bureau of Investigation (FBI)’s National Crime Information Center (NCIC) – a centralised information center that maintains the records of every criminal arrest and conviction within the United States and its territories.

PRNigeria fact-check, therefore, queried the database of the FBI’s NCIC, and results returned negative on the search terms.

PRNigeria, therefore, visited the official website of the United States District Court for the Northern District of Illinois and went to the “Federal Record Lookup page” of the website, entered the “location”, “year,” “case type,” and “case no,” as seen and reflected on the alleged document but there was no document of such nature associated with the said court according to findings from its official website.

Further investigations to independently verify if Mr Tinubu actually entered a plea bargain in 1993 which made him forfeit the sum of $460,000 led PRNigeria to reach out to the court clerk who attested to the release of the true copy on 10th August 2022.

PRNigeria tracked and contacted Johny Khuu, one of the signatories on the certified court document, with necessary enquiries on the matter.

Mr Khuu, after checking the court records, confirmed the existence of the document.

“After reviewing our records, I have indeed certified and attested those case files. Kind regards,” Mr Khuu said.

When asked further why the document was not accessible from the federal record lookup, he replied as follows:

“The federal record lookup is for seeking the location information of the physical documents for the case. In most cases, where the age of the case is before 1999, the case documents are most likely within the records of the Federal Records Center (FRC) and National Archives and Records Administration (NARA).

“For members of the public to view case documents digitally, they must access them through the Public Access to Court Electronic Records (PACER) system. Please note that many old case documents are in the process of being digitized, so should the documents be inaccessible in PACER, that is when the federal case lookup would be of use as the location information can be used by the FRC and NARA to determine whether it is within their records or within the records of another court,” Khuu concluded.

However, further investigations by PRNigeria revealed that the Judge assigned to the case as far back as 1993, Judge John Albert Nordberg had died on 12th March 2021.

Speaking to PRNigeria on the development, an Abuja based criminal litigation lawyer, Bar. Fatihu AbdulRaheem said the case is more of an indictment than a conviction.

“Technically speaking, an indictment is merely a charge or information. It is only when it is accepted by the court that the prosecution will be called upon to prove its case beyond reasonable doubt.

“Conviction has been simply defined by the court in Mohammed V Olawunmi (1990) as a finding of guilt and a sentence.

“Therefore, under our criminal jurisprudence, conviction and indictment are distinguishable both in substance and nomenclature.

“Even in the United State when a person is indicted, it only means they will be given formal notice that they are believed to have committed a crime and therefrom, an explanation will be required by way of defense,” the lawyer concluded.

Thus, investigations by PRNigeria on Mr Tinubu’s case in the United States did not involve criminal arrest and conviction based on facts from the Federal Bureau of Investigation (FBI)’s National Crime Information Center (NCIC), however the released court documents are VALID.