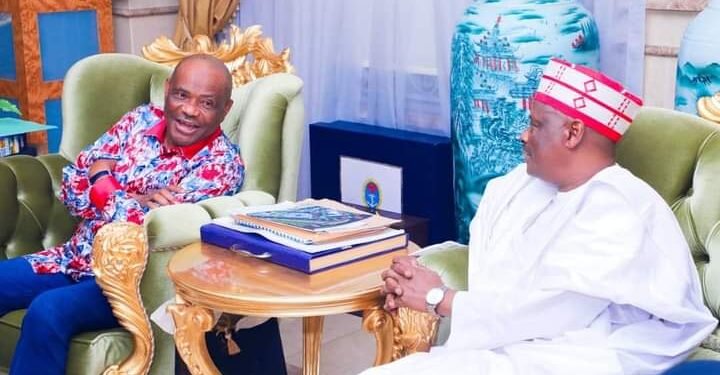 Wike offered the support when the presidential candidates commissioned projects in the state.

Wike also said he was one of the few people that met Kwankwaso, a former PDP member, not to leave the party because he was an asset to the PDP.

“I remember when I went to meet you in your house in Abuja to plead with you not to leave the party (PDP) because I knew you were an asset to the party. Even when they told me to leave you alone, I refused.”

“I have known you and I know you are a man of integrity so I want to say that whenever you want to campaign in Rivers State, I will provide you with all your logistics, just let me know when you want to come,” he said.