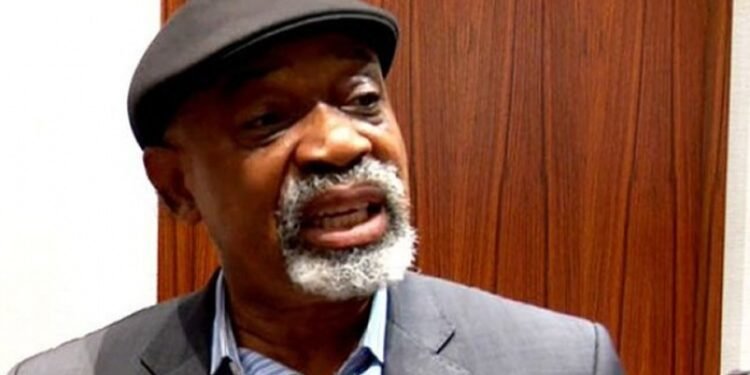 The Nigeria Labour Congress (NLC), has called on the Minister of Labour and Employment, Senator Chris Ngige, to respect the stipulations of the Trade Unions Act regarding registration of new trade union where one already exists by withdrawing the certificates of registration he recently issued to the two newly created unions who have existed under the Academic Staff Union of Universities (ASUU).

NLC also presented evidence that the Ministry Ngige pilots today had in 2013 under former Minister of Labour, Chief Emeka Wogu and the Registrar of Trade Union, Mrs N. Mbogu, turned down registration of Academic Staff Union of Inter-University Centres who were members of the already existing Academic Staff Union of Research Institutions (ASURI).

The rejection letter dated 9th April, 2013, signed by Mrs N. Mbogu, reads; “Re-Application for Registration of a Trade Union: Academic Staff Union of Inter-University Centres. I refer to your letter dated 13th March 2013 on the above subject and hereby inform you that your association, “Academic Staff Union of Inter-University Centres” cannot be registered as a trade union in view of Section 3(2) and 5(4) of the Trade Union Act CAP T.14 of 2004 which stipulates as follows;

“S. 3(2): “…no trade union shall be registered to represent Workers or Employers in a place where there already exists a trade union.” S. 5(4) states that the Registrar shall not register a trade union if it appears to him that any existing trade is sufficiently representative of the class of persons whose interests the union intended to represent.

NLC in the letter to Ngige said; “We wish to posit that the granting of Certificates of Registration to Congress of Nigerian University Academics (CONUA) and Nigeria Association of Medical and Dental Lecturers in Academics (NAMDA) by the Federal Ministry of Labour and Employment, is in violation of our laws which have been tested and affirmed from the National Industrial Court of Nigeria to the Appeal Court and up to the Supreme Court. The foundation of these laws was set in international labour standards, particularly the International Labour Organization (ILO) fundamental Conventions 87 and 98 which were some of the First lLO standards ratified by Nigeria upon the attainment of Independence.

“Nigeria’s labour laws in furtherance of the constitutional regulation on freedom of association provided certain conditions for the registration of trade unions upon which compliance Certificates of Registration can be given to trade unions by the Ministry of Labour.

“The Registrar shall cause a notice of the application to be published in the Federal Gazette, stating that objections to the registration of the trade union in question may be submitted to him in writing during the period of three months beginning with the date of the Gazette in which the notice is published.

READ ALSO  Wike to PDP NWC: I helped you to your Posts, Give me Ticket as Payback

“ Within three months after the end of the said period of three months the Registrar shall consider an objection submitted to him during that period and, if satisfied: (a) that no properer objection has been raised; (b) that none of the purposes of the trade union is unlawful; and (c) that the requirements of this Act and of the Regulations with respect to the registration of trade unions have been complied with, shall, subject to subsection (2) of this section, and to section 6 of this Act, register the trade union and its rules.

“The Registrar shall not register the trade union if it appears to him that an existing trade union is sufficiently representative of the interests of the class of persons whose interest the union is intended to represent.

“Clearly, from the provisions of Section 3(2) and Sections 5(2), 5(3) and 5(4), there is no basis for the purported registration of the Congress of Nigerian University Academics (CONUA) and the Nigeria Association of Medical and Dental Lecturers in Academics (NAMDA) as both entities failed woefully to satisfy the precedent conditions provided by the Trade Union Act for the registration of trade unions.

“As earlier posited, the legitimacy of granting registration certificates to groups in a sector where unions already exist has been tested in our courts from the National Industrial Court to the Supreme Court. In the case of Erasmus Osawe Vs Registrar of Trade Unions and also the case of Nigeria Nurses Association Vs Attorney General of the Federation, Unreported Suit No. S.C. 69/ 1980 delivered on 6th November 1981, it is trite that anywhere there exists a union registered to cater for a category of the workforce it would be unpardonable proliferation and offence against the Constitution and Trade Unions Act for any other union to be registered for the same category of workers.

“And this position was more recently restated by the Supreme Court in a judgement delivered on 11th January 2008 and cited as (2008) 1 S.C. (PT.III) Supreme Court Justices led by Hon. Justice Sylvester Onu and four others.

“Honourable Minister, in view of the foregoing, we demand that you respect the doctrine of the Rule of law especially the clear provisions of our labour laws cited and withdraw the Certificate of Registration issued to the two new trade unions,” NLC argued.