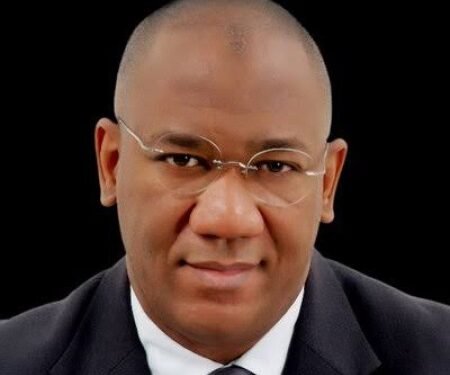 Vice Presidential candidate of the Labour Party, Datti Baba-Ahmed, says his party will end the present security challenges bedeviling Nigeria if elected to take over leadership of the country in the February 2023 presidential election.

He made the promise during an interview with selected journalists in Sokoto where he expressed confidence that the Labour Party will win the presidential election in 2023.

Baba-Ahmed said his party will largely depend on technology and also engage stakeholders to ensure every square meter within the Nigerian territory is protected and stop the incessant attacks by terrorists and bandits.

He also promised that his party will turn around the nation’s economy and arrest the growing inflation through deliberate programmes and policies owing to the vast experience and knowledge of the presidential candidate of the party, Peter Obi, in economic matters.

Baba-Ahmed said the lingering crisis between the Federal government and the Academic Staff Union of the University will be address when Labour Party takes over the leadership of the country, as education will be accorded the utmost priority in their government.

Book on Peter Obi for Presentation in Abuja November 24

Buhari to Police IG: Edo, Anambra, Osun Polls Should be Standard for 2023 Election