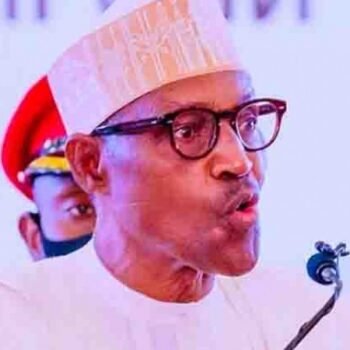 President Muhammadu Buhari on Tuesday, described the unreconciled Academic Staff Union of Universities, ASUU, strike as actions based on flimsy reasons, saying that they are undermining the government’s investments in the educational sector.

Buhari stated this at the 4th National Summit on diminishing corruption in the public sector, with the theme: “Corruption and the Education Sector,” organised by the Independent Corrupt Practices and Other Related Offences Commission, ICPC, in collaboration with the Office of the Secretary to the Government of the Federation, OSGF and the Joint Admissions and Matriculation Board, JAMB, with support from MacArthur Foundation in Abuja.

According to him, the incessant strikes by unions in tertiary education could show that the government may be underfunding the education sector, but Buhari clarified that this was not the case.

He said, “Incessant strikes, especially by unions in the tertiary education, often imply that government is grossly underfunding education, but I must say that corruption in the education system from basic level to the tertiary level has been undermining our investment in the sector and those who go on prolonged strikes on flimsy reasons are no less complicit.”

This was even as he decried the increasing rate of sexual harassment in schools, condemning sex for grades, cash for marks/grades, sex for marks, sex for grade alterations and examination malpractices.

He said, “Sexual harassment has assumed an alarming proportion. Other forms of corruption include pay-roll padding or ghost workers, lecturers taking up full-time appointments in more than one academic institution, including private institutions, lecturers writing seminar papers, projects and dissertations for students for a fee, and admission racketeering, to mention only the most glaring corrupt practices.

I am happy to note that ICPC is investigating and prosecuting sexual harassment as an abuse of power in our educational institutions. I approve and encourage them to continue to do so.”

He said, “The 1999 Constitution places a premium on education by placing it on the Concurrent List, thereby laying the responsibilities of budgeting and underwriting qualitative education on both the Federal and State Governments.

“The total education budget for each year is, therefore, a reflection of both federal and state budgets and should be viewed with other financial commitments in their totality.

“I am aware that the aggregate education budget in all the 36 states of the Federation and that of the Federal Government, combined with the internally generated revenues of the educational institutions themselves are also a subject that requires the attention of critics of government funding of education.”

To this end, he assured that government will continue to fund education within realistically available revenue but that “stakeholders, including the media, should equally advocate for transparency in the amount generated as internally generated revenue by educational institutions and how such funds are expended.”

•Text, except headline, courtesy of Vanguard

Prof. Shija: I Have Marshal Plan to Secure Benue if Elected Governor