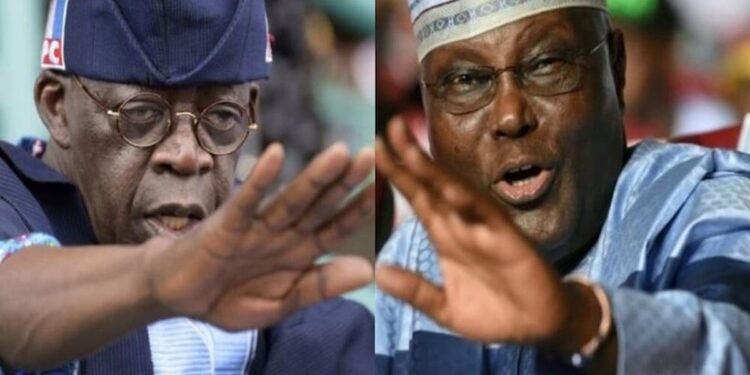 “Secondly, whatever is happening in the PDP is a conversation among leaders of the party and that, in itself, is a reflection of the PDP, as a living and engaging political party. The conversation in the PDP is all about consensus building, which in itself is a major ingredient for peace and unity.” -Atiku Abubakar

Presidential Candidate of the People’s Democratic Party (PDP), has advised All Progressives Congress (APC) to focus on Bola Tinubu’s credibility burden rather than poking into the PDP’s internal minor issue.

Atiku in a statement, in response to APC’s claim that his bid for the 2023 presidency was dead as a result of the issues with Rivers Governor Nyesom Wike, the PDP flagbearer said: “In the next few days, campaigns will begin in earnest, Nigerians will require answers to some weighty character questions about their candidate.”

Full text of the statement…

APC should focus on its frailties

Reading through a disingenuous press release by the APC Presidential Campaign Council on issues pertaining to developments within the PDP comes across as a laughable work of an interloper.

;and its presidential candidate as a bunch of busy bodies who, rather than focus on the burden of credibility that continues to dog their campaign, are poking their nose into minor internal issues of the PDP.

Well, since the APC Presidential Campaign Organization seems to have woken up from their state of hibernation, it is good to remind them that there are pending questions about the social and educational history of their candidate that Nigerians want answers to.

We shall be kind enough to remind the APC that when, in the next few days, campaigns begin in earnest, Nigerians will require answers to some weighty character questions about their candidate and, rather than expend precious time on what is never their business, should use the remaining few days judiciously.

Secondly, whatever is happening in the PDP is a conversation among leaders of the party and that, in itself, is a reflection of the PDP, as a living and engaging political party. The conversation in the PDP is all about consensus building, which in itself is a major ingredient for peace and unity.

The PDP, as a truly democratic party, understands that democracy is a lively concept because it allows for people to express their opinions and, it is within that understanding that everyone becomes part of the process.

The same, of course, cannot be said of the APC where what exists is at best graveyard peace. It is on record that in the seven years and more that the APC has been in power and with the attendant hardship that the party has foisted on the ordinary people of Nigeria, the candidate of the APC, former governor Bola Ahmed Tinubu had not for one single time stood on the side of the people.

READ ALSO  How I Was Kidnapped, Regained My Freedom, Says Ekweremadu

And, that is so for the obvious reason that the presidential candidate of the APC considers his poorly conceived presidential ambition more important than the adversity that his party has unleashed on a vast majority of Nigerians.

We wish to remind the APC that its presidential candidate has to own the failures of the party in the last seven plus years. He should also know that Nigerians will not reward their failure with nothing less than a resounding loss in the election.

Tinubu and the APC ma lu’le!

It is important to let Tinubu and his paid agents know that what obtains in the PDP is not the mundane stoicism that the APC is known for.

Indeed, the presidential candidate of the PDP, Atiku Abubakar has established credibility before the masses of this country that he is one patriot who can be counted on to stand by the side of the people – even when the times are hard.

Atiku is a democrat to the core and that is evident in the way that he continues to carry on with the responsibility of ensuring that the PDP rescues Nigeria from the stranglehold of the APC in the next year’s general election.