Governor Fintiri to Judiciary — Brace up for Free, Fair Election in Adamawa State 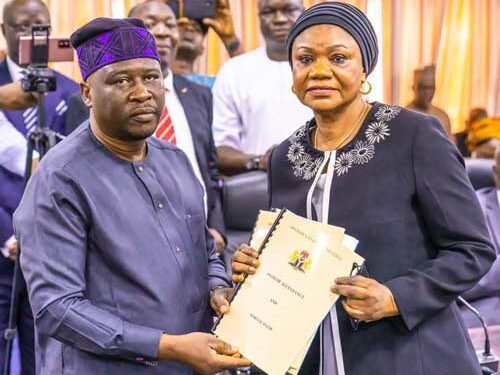 As the nation heads for the polls early 2023, Governor Ahmadu Fintiri of Adamawa state has called on the judiciary to reinvent itself to ensure a free fair and credible elections.

The Governor who presided over the swearing in of the first female Chief judge (CJ) of the state, Justice Hafsat Abdulrahman,  pledged to continue to give priority to the welfare of judges in the state.

He assured that in recognition of their contributions to the stability of the society, he would not relent in giving them all the support needed to function productively in their calling.

These assurances followed the retirement of former Chief Justice Nathan Musa who was replaced by the first female judge in the history of the State.

Governor Fintiri said he was honored to be the one to nominate and swear in a woman to act in such a capacity in the state.

While congratulating the acting Chief judge on her appointment to take over the mantle of leadership in the temple of justice, the Governor charged her to discharge her duties with honesty,dedication and fairness at all times

Going by her antecedent as an embodiment of hardwork, grace, perseverance, wisdom and experience, Fintiri urged the jurist to continue to develop herself with a thirst for more knowledge.

The Governor also congratulated the retired Chief judge, Nathan Musa for being an extraordinary brilliant jurist who has also devoted his life to public service and wished him a pleasant retirement.

Responding, the Acting chief judge Justice Hapsat Abdulrahman expressed appreciation to Fintiri for his trust in her competence in the temple of justice.

The event was witnessed by members of the Executive council, senior judicial officers and close family relatives of the acting CJ.