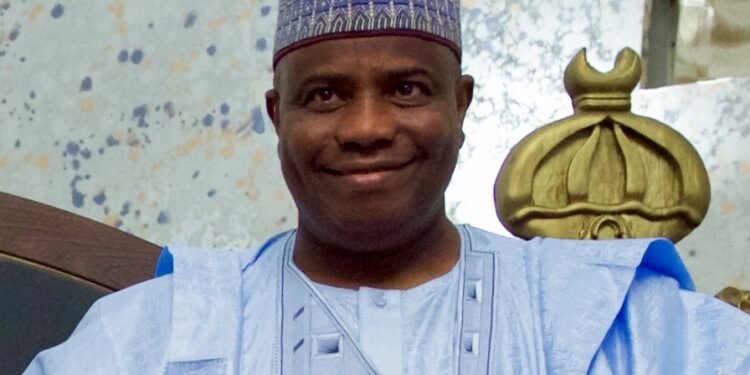 Alhaji Bello Goronyo, the Chairman of the Sokoto chapter of Peoples Democratic Party (PDP), has lauded the achievements of Gov. Aminu Tambuwal, saying he has performed beyond expectations.

Goronyo said this on Wednesday in Sokoto when he interacted with newsmen.

He said that Tambuwal’s performances in governance and execution of projects were visible across the state.

Goronyo said that that administration had ensured timely payments of workers salaries as well as pension for retirees even with the COVID-19 lockdown which forced many states to slash workers salaries.

According to him, the transparency installed in utilising government resources has attracted national and international awards as well as global recognitions to the state.

The party chairman said that the construction of modern hospitals, state owned teaching hospital, schools, roads, flyovers and bridges by the government was commendable.

”Another interesting area is workers recruitment, in spite of economic challenges, the governor recruited teachers and healthcare workers.

”Gratuity payments were not left behind, as the administration ensured transparent method of first to retire, where frauds and favouratism experienced in the past was checkmated.
”As I am talking to you, I am a retired Permanent Secretary that completed my legitimate carrier in civil service and still waiting for my turn of gratuity payment,” Goronyo said.

He also said that the government also implemented some agricultural transformation policies, which resulted in growth and development.

Goronyo tasked journalists on ensuring adequate publicity for government’s projects, which according to him, has been under-reported.

He said that the PDP plans to collaborate with journalists toward showcasing the achievements of the government to the people.