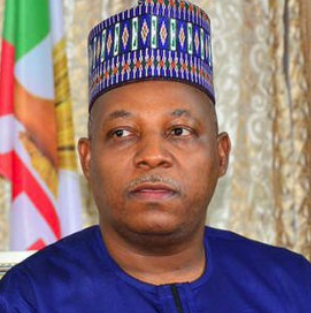 “Has Shettima forgotten that it was Buhari’s commitment in not naming his ministers for six months after he was sworn-in in 2015 that was blamed for the loss of investors’ confidence and other related economic reasonings that led Nigeria into the first of the Buhari recessions?”

Senator Kashim Shettima has again amused serious-minded Nigerians, this time, opening up on how his principal in the All Progressives Congress, APC presidential ticket, Asiwaju Bola Tinubu would combine the hospitality of General Sani Abacha and the competence of Muhammadu Buhari as president.

Speaking last Thursday at the 96th-anniversary celebration of the Yoruba Tennis Club in Ikoyi, Lagos state, the News Agency of Nigeria, NAN quoted him as saying Nigeria needs the “hospitality” of Abacha.

For Nigerians unfamiliar with Abacha, a slight recall of some of the worst abuses in human rights are easy to recall.

The extra-judicial killings of Mrs Kudirat Abiola, Alfred Rewane and many others recorded and unrecorded are living testimonies of the hospitality that Shettima wants Nigerians to remember.

Shettima’s principal, Tinubu was driven to exile like many other Nigerians who kicked against the military regime’s decision to usurp the mandate given to Chief MKO Abiola.

How Abiola’s children and the many, many Nigerians who felt the direct kicks from Abacha would consider him hospitable is one that is bound to be perplexing.

Shettima also said that Nigeria needs a leader with a commitment like Buhari.

Mentioning Buhari as a reference for a good leader is one that is bound to amaze anyone, and certainly not in the matter of commitment.

Has Shettima forgotten that it was Buhari’s commitment in not naming his ministers for six months after he was sworn-in in 2015 that was blamed for the loss of investors’ confidence and other related economic reasonings that led Nigeria into the first of the Buhari recessions?

Or is it commitment to the principle of Federal Character that has seen Nigerians of every hue cry out over marginalisations? It is even ridiculous that the Fulani beneficiaries of Buhari’s lopsided appointments have recently been shouting out over his unbiased favouritism.

Or is it commitment to the three key election promises he made in the advent of the 2015 election of security, improved economy and anti-corruption?

One may well ask Shettima which one of these three key promises has Buhari’s commitment helped to address? Is it in the importation of petroleum products that even with Buhari as minister of petroleum that Nigeria has now ballooned importation of products and with it raised oil subsidy payments to dubious levels that have left many in awe?

Shettima may have forgotten that not too long ago, President Buhari openly said that he was tired and looking forward to retiring to his Daura base. That certainly is not the image of one who has a commitment to Nigeria and its problems.

One would not go the length here to suggest as some say that with his approvals to our neighbours, especially Niger Republic, that Buhari is more committed to foreigners around us than Nigerians living from Bama to Benin many of whom have not seen his gestures in governance.

We also do know that rather than a holiday in Lagos or Langtang that Buhari would rather holiday in London. Enough of Shettima on Buhari’s commitment.

If anyone needed any more insight into what is a Freudian Slip, Shettima’s verbal evocations are no better.

A Freudian Slip is defined as “an intentional error regarded as revealing subconscious feelings.”

For a man who has been credited with many controversial statements ranging from the subjugation of the Igbo to the revelations from the leaked tape with Senator Ibikunle Amosun, the latest verbal emission from Shettima needs proper interrogation.

Every appearance of Shettima on the national stage seems to provoke some sort of verbal explosion that draws incredulity.

Rather than these verbal bombs, one would rather expect Shettima to explain what he did with his mandate as governor of Borno State and the legacy he left there. One would expect him to explain what happened that he ignored the advice of the then minister of state for education, Nyesom Wike for him to close the Government Secondary School, Chibok but rather left it open for Boko Haram to pick the innocent girls.

One would also want him to speak on his legacy in the Senate and what he has done so far.

We would also expect others on the tickets of the other major political parties to weigh in and also give their accounts. One may be familiar with the SMART agenda of Governor Ifeanyi Okowa, the Peoples Democratic Party, PDP presidential running mate in Delta, and also, his legacies in his single term in the Senate including pushing through the National Health Bill.

These are the kind of discourses and verbal assertions one would expect from Shettima and not the kind of verbal assault of combing the worst of our leaders, Abacha and Buhari for us in the next dispensation.

•Maigari, an activist, writes from Abuja