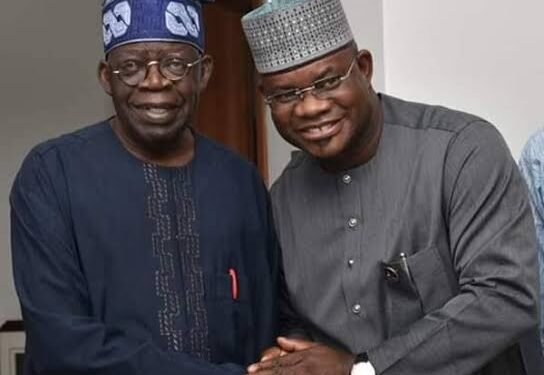 The Kogi State Governor, Alhaji Yahaya Bello has expressed the belief that the All Progressive Congress (APC) presidential candidate, Sen. Bola Ahmed Tinubu has the capacity to restore Nigeria on the path of greatness when he becomes president.

Governor Bello, who said the BAT campaign organisation has appointed him as the National Youth Coordinator, made this known on Sunday, while meeting with APC ward, Local government chairman, candidates and other stakeholders from Idah federal constituency of the state.

He noted that BAT had been consistent with the party, shown direction and leadership that the nation needs to address its challenges hence must be given overwhelming support by party faithfuls and voted come 2023.