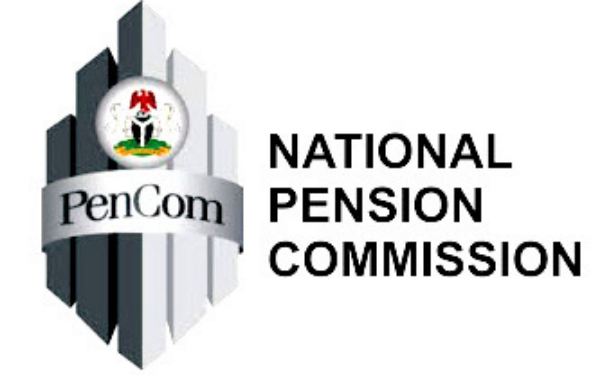 The National Pension Commission has denied a report making the rounds that its least paid staff receives N3 million per month.
The commission stated its position on the monthly pay of its staff in a statement issued by the Management on Saturday.
It said the report has fuelled all sorts of false allegations and unfair insinuations.
It said: “Following the false and misleading information on the compensation package of the National Pension Commission (PenCom) being circulated in the traditional and social media, it has become necessary to set the record straight in the interest of the Nigerian public.
“It is being alleged that the least paid PenCom employee earns a salary of N3 million per month.
“This has fuelled all sorts of false allegations and unfair insinuations.
“The public is invited to note that the claim is absolutely false.
“The highest paid official of the Commission earns less than N1 million a month.
“It is therefore completely illogical and improbable that the least paid will earn a monthly salary of N3 million.”
On what could have fuelled the report, the Management of PenCom said it must be pure mischief and blackmail.
It also said some extraneous variables must have been introduced into the calculation of the emoluments of the staff of the commission.
It said: “We understand that there is an element of mischief and possible blackmail on the Commission’s compensation package.
“From our understanding, it appears someone calculated all staff costs, including training, staff exit benefit scheme, and employer’s pension contribution, and divided the total by the number of the Commission’s employees and concluded that the least paid employee is on a monthly salary of N3 million.
“There is a clear difference between staff cost and staff salaries.”
PenCom explained that right from its inception and based on its establishment law, it was to operate at the level at which the Central Bank of Nigeria, Nigeria Deposit Insurance Corporation and Securities and Exchange Commission in terms of remuneration.
It said the Board of PenCom was this empowered to fix the income of the staff and approve increases from time to time.
It explained that this was to allow it recruit and retain staff at the highest level.
The Management added: “It is imperative to point out that right from the inception of the Commission in 2004, the Federal Government mandated the Board to adopt an employee compensation policy that favourably compares to comparator government bodies in the financial services sector, such as the Central Bank of Nigeria (CBN), the Nigeria Deposit Insurance Corporation (NDIC) and the Securities and Exchange Commission (SEC). Section 25(2)(b) of the Pension Reform Act 2014 also empowers the Board of the Commission to fix the remuneration, allowances and benefits of the employees.
“More so, the Presidential Committee on the Consolidation of Emoluments in the Public Sector headed by the late Chief Ernest Shonekan, former Head of the Interim National Government, made a number of recommendations which guide the PenCom Board in its compensation review exercises.
“One of the recommendations is that the pay structure of self-funded agencies should be benchmarked with their private sector comparators so as to ensure relativity in such agencies and attract and retain high-calibre professionals.
“The Shonekan Committee, which was set up by former President Olusegun Obasanjo in 2005, also recommended that the pay structure of regulatory agencies should be benchmarked against sectors they monitor to avoid regulatory capture, and that an annual increase in pay should be undertaken to account for inflation/cost of living adjustment and establishments may strive to attain 50th percentile and above their comparators in the private sector.
“We made all these facts known in a recent submission to the House of Representatives Committee on Finance over the compensation package of the Commission.
“We also stated that the last compensation package review was done in 2017 with the approval of the Office of the Secretary to the Government of the Federation (OSGF).
“No review has been done in the last five years and this has affected the ability of the Commission to attract, hire and retain staff with competitive skills.
“The public is, therefore, implored to ignore the false and mischievous information on the staff compensation package.
“The Commission has nothing to hide and will continue to run a transparent and accountable system.”
Tags: NigeriaPencomStaff Salary