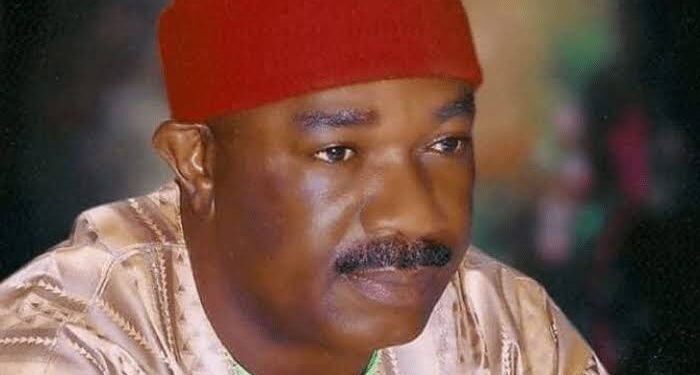 Dr. Boniface Aniebonam, Founder and Chairman, Board of Trustee of the New Nigeria Peoples Party (NNPP) says  Atedo Peterside’s  ANAP Foundation may be a  transactional outfit following its  recent projection of the 2023 presidential election.

The News Agency of Nigeria (NAN) recalls that ANAP Foundation had put the 2023 presidential election as a three-horse race.

It said the race was between the candidates of the Labour Party, Mr Peter Obi; All Progressives Congress, Sen. Bola Tinubu; and Peoples Democratic Party, Alhaji Atiku Abubakar, after a new poll concluded in early September.

According to the result of the poll which was commissioned by the ANAP Foundation and conducted by NOI Polls Ltd., Obi will lead the race with 21 per cent of votes in the poll.

The outcome showed that Obi’s votes would give him an eight per cent lead over APC’s Tinubu and PDP’s Abubakar who each got 13 per cent of the votes to end up as joint second in the poll.

The presidential candidate of the NNPP, Sen. Rabiu Kwankwaso, was fourth in the poll with three per cent of the votes.

Aniebonam in a statement on Friday in Lagos,  described such projection poll as false and deceitful.

“What should worry Nigerians is the age of Atedo Peterside to be associated and directly involved in falsehood and deciet of the public in the name of politics.

“Peterside’s ANAP may be simply described as a transactional organisation.

“We can only but put them to prayers so that God may help them to find food through honourable and genuine means.

He said that the emergence of Kwankwaso as NNPP presidential candidate had changed the political narratives of Nigeria.

“The present situation in Nigeria does not require transactional conduct and or practices.

“The best candidate shall emerge from the  2023 election and indeed Nigerians are ready to take back their country.