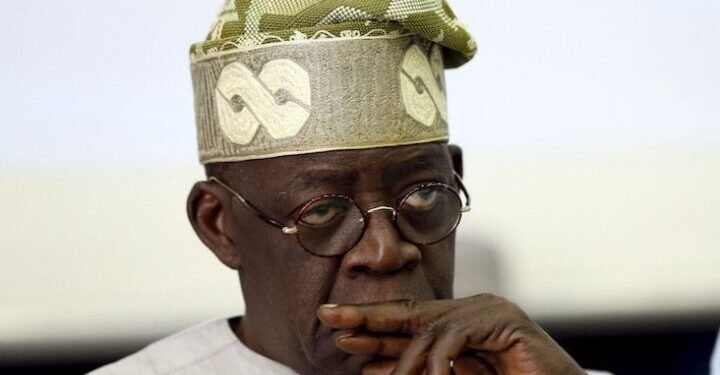 Kekemeke made the clarification, while briefing newsmen on Wednesday shortly after the party’s zonal meeting at the state party Secretariat in Ibadan.

The News Agency of Nigeria (NAN) reports that the party had earlier constituted two committees in the zone toward a seamless victory in the 2023 general elections.

NAN reports that the two committees were the South-West APC Advisory Committee and South-West Special Committee on Eminent Persons’ Engagement.

Kekemeke said that Tinubu had always fought on the side of his people for justice, fairness, progress and development.

“I challenge anyone who can say that there is a record of Asiwaju Bola Tinubu betraying the Yoruba nation and denying them of what is due to them.

“All the people can accuse him of, is that he believes the Yoruba people can thrive exceedingly well in the Nigerian nation where there is justice, fairness and equity,” he said.

The National vice-chairman (South-West) said that APC believes in restructuring Nigeria, as well as the practice of true federalism as contained in its formulated and approved manifesto.

On the assertion by the PDP Presidential candidate, Atiku Abubakar, that he understands APC very well, Kekemeke said, Atiku must be joking.

According to him, Atiku left APC because he couldn’t understand the party, adding they knew the PDP more than Atiku thinks he knew APC.

“If Atiku says he knows APC, those of us in APC knows the PDP more than he knows it. Our National Chairman was a Governor under PDP. Iyiola Omisore, our National Secretary knows PDP.

Kekemeke said the array of support groups for Tinubu’s presidential bid was an evidence that he is popular and the people’s man.

He said that the support groups would be coordinated at the appropriate time for maximum benefit of the party, adding they deserved to be appreciated.

“It used to be a thing of worry to me before, but now an excitement. It means that our candidate is popular and individuals want to play a role.

“To me, it is evidence of our candidate’s popularity. It shows his character and acceptability. It is good for our campaign.

“I am sure at the appropriate time, as campaign begins, all the groups would be coordinated for maximum benefit of the party,” Kekemeke said. (NAN)