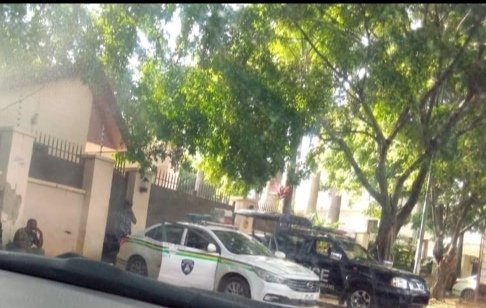 •Police vehicles positioned at the entrance of the LMC office in Abuja on Thursday.

Insecurity, Hardship | ‘I Share Your Pains’ — Buhari Pleads with Nigerians

By Ismaila Chafe President Muhammadu Buhari has assured citizens that their resilience and patience will not end in vain...

FOR THE RECORDS! Re: Federal Government Declares LMC ‘Illegal’ — our response by LMC Board

Police Arrest 12 over Killing of Man in Plateau Community

Nigerians Are Proud of You, PDP Tells Jonathan at 64